Opened in 2012, the Beijing – Xi'an High-Speed Railway is one of the most important and popular rail lines in China. There are 20 pairs of bullet trains running on this route every day. They operate at Beijing West and Xi'an North railway stations with a travel time of about 4 to 6 hours. In addition, 10 pairs of non-bullet overnight trains still operate on this rail line, taking about 11 to 20 hours to cover 1,200 kilometers.

Please note: Twenty daily high-speed trains travel from Beijing to Xi'an, departing from 06:20 to 18:55. The trains listed above are some of them. The timetable is only for your reference.

If you want up-to-date schedules, you may use the search tool at the top of this page, or search on China Highlights train ticket service.

A child fare is 50% (for seats) or about 75% (for sleepers) of the full price (children's fares do not apply for sleepers on D-category trains). Read here for more information about children's tickets. 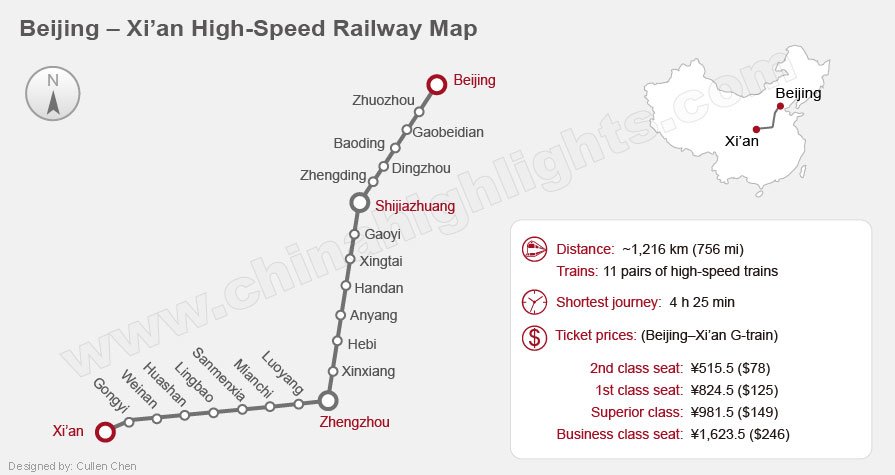 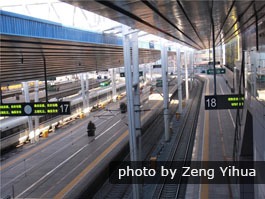 Beijing West Railway Station is the terminus for all the bullet trains and overnight trains traveling from Beijing to Xi'an and back. It also serves Beijing to Guangzhou high-speed trains.

It is one of the three main train stations in Beijing (the other two are Beijing and Beijing South railway stations).

As one of the largest and most important train stations in China, Zhengzhou East Railway Station is at the intersection of several railway arteries. The Beijing – Zhengzhou and Zhengzhou – Xi'an sections are also two of the busiest rail lines.

Luoyang Longmen Railway Station serves high-speed trains that pass through the city of Luoyang. Xi'an – Luoyang is also a very popular rail route. This train station is about 5 kilometers (3 miles) away from the top tourist attraction called the Longmen Grottoes. 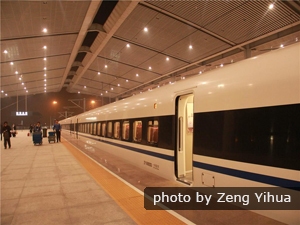 Travelers who need to get from Xi'an North Railway Station to other parts of the city can go to the basement floor to take a subway train.

If you are on a budget or want to save the daytime for sightseeing, then  the overnight sleeper trains between Beijing and Xi'an are a better choice.

The price of a soft sleeper ticket on an overnight train is cheaper than a second-class ticket on a high-speed train.

Most overnight trains leave at night and arrive early in the morning. They depart from (or arrive at) Beijing West Railway Station, which can be easily reached, and the centrally located Xi'an Railway Station.

The only exception is train K1363/K1364. This train terminates at Xi'an South Railway Station, which is a long distance from the center of the city. It is not recommended that you take this train. 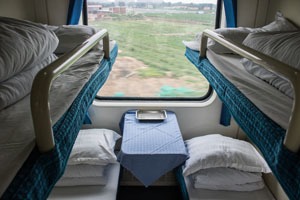 Soft sleeper on a Beijing to Xi'an overnight train

There are more than 10 pairs of overnight sleeper trains traveling between Beijing and Xi'an (check the up-to-date train schedules).

Trains Z19/Z20 and T231/T232 are recommended, as they have a shorter journey duration and the departure/arrival times are perfect for getting rest at night and enjoying sightseeing during the day.

*The Superior soft sleeper class is available on trains Z19/Z20 and Z43/Z44. Other trains only have soft and hard sleeper classes.

Train or Plane, Which is Better? 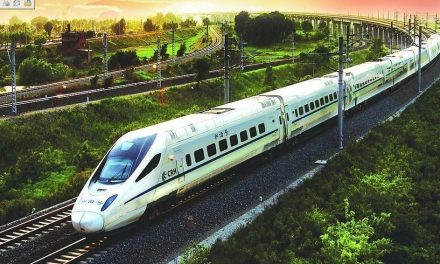