The railway between Beijing and Shanghai, also called Jinghu Railway (京沪铁路), is one of the busiest, most important and popular rail lines in China. It departs from Bejing, passes through major cities Tianjin, Jinan, Nanjing and Suzhou, and arrives at Shanghai. After the high-speed service on this railway began, the train travel time between Beijing and Shanghai has been greatly shortened. The fastest train from Beijing to Shanghai takes less than 4.5 hours to finish 1,318 kilometers.

Trains listed in the table are the fastest ones from Beijing to Shanghai. There are 40 daytime bullet trains in total running between these two cities, departing from 06:43 to 19:08. The timetable above is only for your reference. If you want up-to-date schedules, please use the search tool at the top of this page, or search on China Train Ticket Service.

3. Train D703 terminate at Beijing South and Shanghai Hongqiao railway station, which are both far away from the city centers.

Children's tickets: A child fare is 50% (for seats) or about 75% (for sleepers) of the full price (children fares do not apply to sleepers on D and G trains). Children's fares apply to children not taller than 1.5 m and younger than 12 years of age.Refer to this link for more information about children's tickets.

How to Choose Train Types and Seat Classes 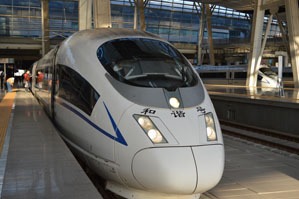 1. This type of trains are the fastest ones among all the types. Especially "Fuxinghao", the fastest passenger train in the world, which can operate up to 400 km/h (249 miles per hour). Tickets on G trains are the most expensive. 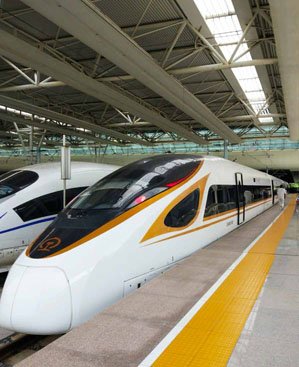 China has developed a new type of high-speed train called "Fuxinghao", with a maximum speed of 400 kph (250 mph). The first pairs of "Fuuxinghao" high-speed trains operated on Beijing–Shanghai rail line in 2017.

1. Overnight bullet trains are fast, clean and modern. They travel at night, save you a night's hotel bill and also leaves you sufficient daytime for sightseeing.

2. Soft sleeper on bullet trains are comfortable and provide great privacy. There are four berths, two upper and two lower berths, in a private compartment, with a lockable door. Lower berth is more expensive than upper berth. Pillow, sheet and blanket are provided. 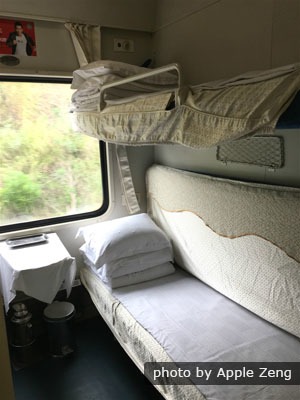 3. There are also second-class seats on an overnight high-speed train. The ticket fare is cheaper than a sleeper ticket. But it would be tiring to sit in a chair for such a long journey.

1. Normal-speed overnight trains are slower, and not as new as bullet overnight trains, and facilities inside are a bit outdated. Ticket fares are cheaper. It is a good choice for travelers with limites budget.

2. Some trains have superior soft sleeper (2 berths in a private compartment), which is the most luxurious sleeper class and are perfect for couples. Soft sleeper is the most popular in foreign travlers. Hard sleeper is more cost-effective. It consists of open plan compartments and does not provide good privacy as soft sleeper.

Also read How to Choose Between Train Types and Seat Classes in China.

Beijing to Shanghai, by Train or Plane?

Between Beijing and Shanghai, which means of transportation is better, by high-speed train or plane?

Read more information about Beijing to Shanghai by Train or Plane?

Other Popular Rail Routes From Beijing

Other Popular Rail Routes from Shanghai

How many days in advance can I book China train tickets?

I cannot find a train for my route, what can I do?
Answer: Please call us or send us an email. Our experienced travel advisor may be able to help you find a solution.
Can you buy international train tickets?
Answer: Yes, we can buy international tickets on rail routes including Siberian rail routes (Beijing–Ulaabaatar, Beijing–Moscow and Ulaabaatar–Moscow, etc.), Beijing–Hanoi, Nanning–Hanoi, Beijing–Pyongyang and Urumqi to Almaty/Astana. Please search the train schedule and make a booking at China Highlights train ticket booking.
Can I book e-tickets for trains in China?
Answer: Currently, foreign passengers with passports have to use paper tickets for boarding.