If you want to explore the roots of Chinese history and culture, the Beijing – Pingyao route is a must to add to your itinerary. A train trip is a great way to discover the local landscape, culture, and lifestyle in depth.

Both high-speed and normal-speed trains are available from Beijing to Pingyao and vice versa. Here are some things you need to know about how to arrange your train travel for this route, including information about the direct trains, a transfer plan, and other useful train travel tips. 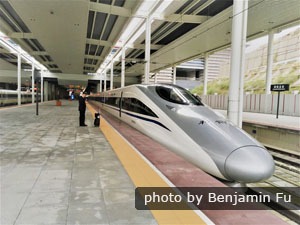 *The timetable above is for your reference. Check here for up-to-date Beijing – Pingyao bullet train schedules.

A child fare is 50% of the full price. Child fares apply to children younger than 12 years old and not taller than a height of 1.5 meters (4.9 feet). Read more about children's tickets for China trains. 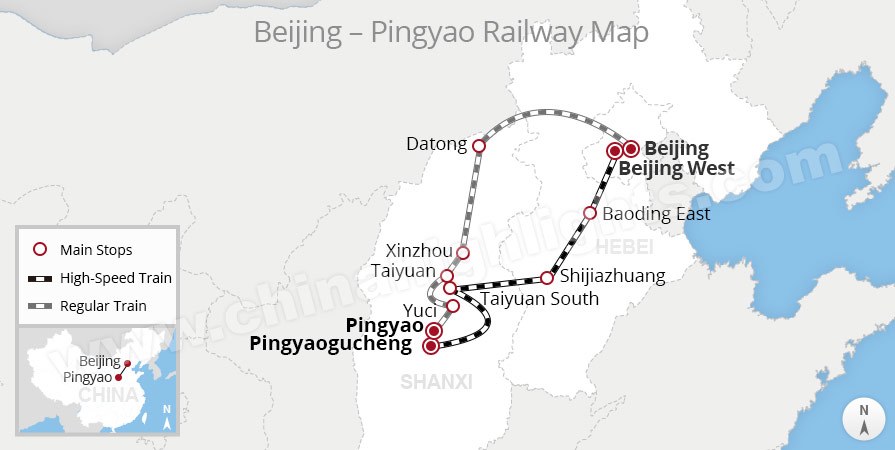 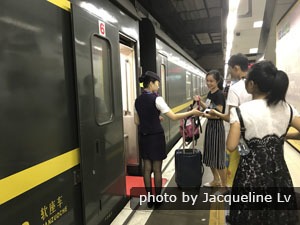 Ordinary train from Beijing to Pingyao

There are three normal-speed overnight trains running between Beijing and Pingyao. The departure times are from 02:54 to 23:53.

How to Book Your Train Tickets Between Beijing and Pingyao

Trains between Beijing and Pingyao are very popular. Tickets for those trains sell out very quickly, especially during holidays. It is recommended that you book your train tickets in advance with a travel agency like China Highlights.

As well as a ticket booking service, our professional travel advisors provide a one-to-one service and after-sales support to make your trip run smoothly.

How to Choose Beijing – Pingyao Train Types and Seat Classes 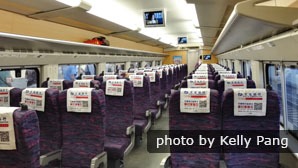 1. High-speed trains in China are faster, smoother, and more comfortable than overnight trains. Compared to high-speed trains' new and modern facilities, normal trains are relatively old and in poor condition.

2. The hard seat class on a normal overnight train is the cheapest of all the classes. It is not recommended to book a hard seat ticket from Beijing to Pingyao.

4. High-speed trains between Beijing and Pingyao depart from/arrive at Pingyaogucheng Railway Station, which is a long way from the city center and Pingyao Ancient City. The most convenient way to get to the downtown area is to get a taxi. Here is a bilingual note that you can show to your taxi driver to take you to Pingyaogucheng Railway Station:

Read more about how to choose China train types and seat classes. 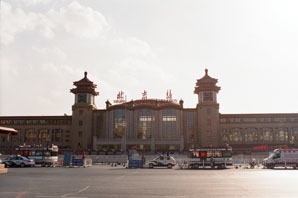 Taking a taxi or subway train are two of the most convenient ways to get around Beijing. It is very easy to take Beijing Subway Line 2 from Beijing Railway Station to Wangfujing and Tian'anmen Square.

The subway also connects Beijing Railway Station to the other two important stations of Beijing South and Beijing West. 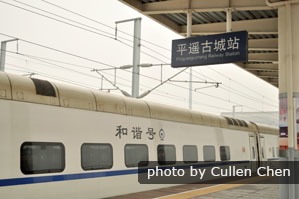 Please note: there are two train stations in Pingyao — be clear about which station your train departs from/arrives at.