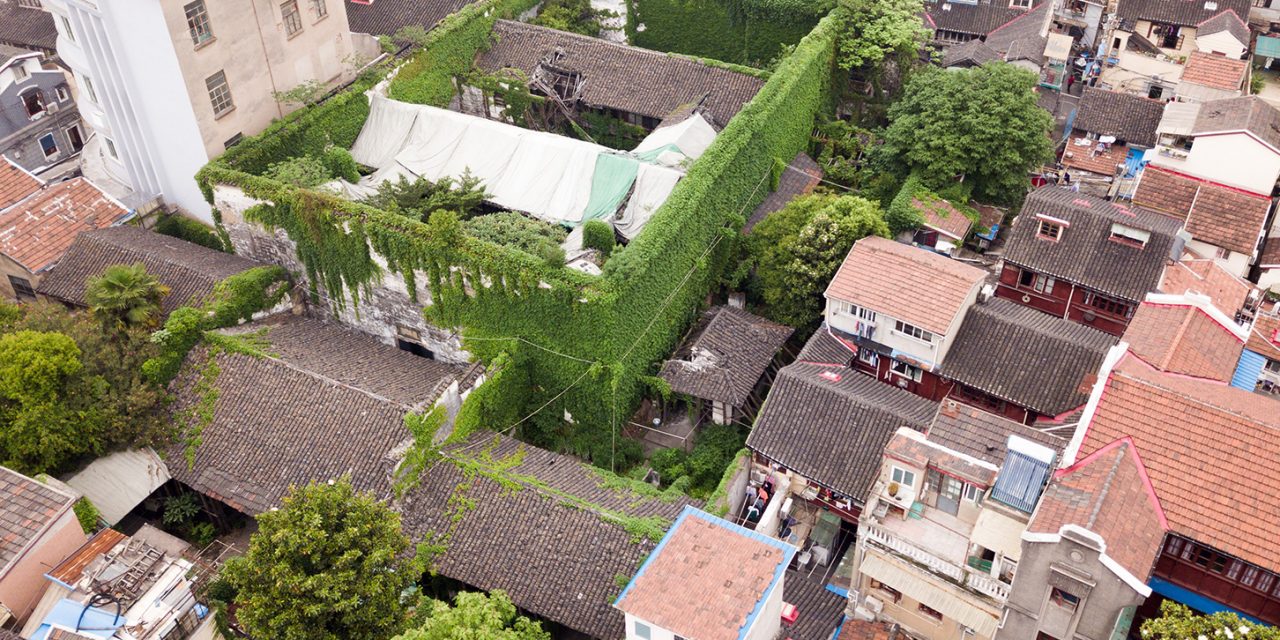 It was early one December morning when I was zigzagging along the alleys of the Old Town on my bicycle.

I had passed the gate of Shu Yin Lou, “The Hermit’s Library”, on many occasions, but it was always locked. This 16th-century mansion was reported to be the oldest residence in Shanghai, but its existence seemed to be a myth: you could not see it from the street, and I didn’t know anyone who had been. The most I had seen of it were a couple black-and-white pictures in a book on Shanghai’s residential architecture, which gave an address — 77 Tiandeng Lane.

I suspected that if there was an old courtyard residence there, it was probably a ruined shell. But this morning, the guard to the factory next door had gone to refill his thermos and left the door open. I ran in and up four floors of stairs hoping to look over the wall and into the courtyard – if one existed. From the stairwell window I looked out onto a landscape of pitched roofs, stepped gables and rusticated white walls – a vast courtyard manor. It was an anomaly for Shanghai; it seemed transported from a prosperous Anhui village. The house looked absolutely still. A hand pushed open a latticed window, and a woman in a black parka stepped into the interior courtyard and started sweeping. I ran downstairs and out to the street again. As I was trying to gather the courage to rap on the gate and introduce myself, the woman, Guo Yuwen, stepped out with her broom. If the sight of a Russian woman with a camera at her gate surprised her, she didn’t show it. She simply took my arm and guided me in. High open-air halls held massive wooden beams overhead, and ornamental doors and intricately carved brick tableaux decorated a garden setting. The architecture was distressed, but breathed refinement and antiquity. Guo guided me around, opening door after door, into yet another huge enclosure with traditional Chinese joinery, engravings and woodcraft.

I took pictures until my camera batteries all died. Eventually, I met Guo’s mother, Qu Qi, a silver-haired and dainty lady in her late 80s who shared a room with her daughter. An improvised memorial shrine at the table contained a picture of Yuwen’s father, Guo Junlun. Other rooms in the estate were locked and dark – the floor tiles were too shaky to walk on and the ceilings could collapse. We had tea in the unheated room; Qu Qi played the electric piano and sang her favorite song from the 1930s, “One Day When We Were Young,” in a high-pitched voice.

Entranced by the fortunes of this family, I began to visit regularly. I partnered with a videographer from Shanghai CCTV to try to film a documentary about Shu Yin Lou. I thought it would be a kind of a Shanghai version of the Maysles Brothers’ “Grey Gardens.”

Qu Qi guided our cameraman through the rooms and into the overgrown garden, talking about the terror of the Japanese occupation, the dress she wore for her wedding, and her religion. She easily switched between the Wu dialect and English, and her turquoise parka brushed against the lavaliere mike every time she moved. The Guos, The Family That Keeps Shu Yin Lou

Before 1949, the Guos had been living off the rent of lanehouses around Shu Yin Lou. Like the rest of the country, the properties were then nationalized, including the land under Shu Yin Lou, depriving them of their income, but allowing them to at least retain the actual Shu Yin Lou building.

At the time, the residence still had 70 rooms, arranged in two-storied galleries around the courtyards, complemented by a series of open-air pavilions in the surrounding garden. Guo would tell stories of her childhood while she led me through the shambles of the backyard, which she remembered as a garden where the neighbors’ children came to play with her and her brothers. Her father, Guo Junlun, was a capable architect and a restoration expert, instrumental in the rebuilding of the Yu Garden in 1956. But even though he was allowed to keep his house, he had little control over it. Scores of tenants were appointed to live on both floors, and a tool factory was set up in the northern courtyard. The 1960s and 70s brought another destructive wave of occupants. Much of the architectural ornamentation was destroyed. Fine furniture and paper scrolls were stolen or burned, and political slogans were painted on the garden walls.

In contrast to her delicate and refined mother, Guo was boisterous and shrewd – part of the “lost generation” whose youth was derailed when schools and colleges were closed. She would point to the crudely nailed electric wires and gaping windows and ruefully explain: “falling down” – or rather “fu ling dang”. Lacking the education of her mother or the influence of her father, she had worked low-level jobs and then retired to live on the disability benefits of her son.

One day we caught Yuwen’s son on camera. He only maintained eye contact with his mother and became restless every time she moved out of sight. All males in the Guo family – Qu Qi’s two sons and her grandson – are afflicted with mental illness. When doctors revealed to Qu Qi that she had been the carrier and transmitter of these genes, she converted to Christianity. Lu Xixiong, The Hermit Who Built The Library

Before the Guos bought Shu Yin Lou, it had changed hands several times. Originally it was the garden estate of the scholar Chen Suoyun. Endowed with an enormous family fortune, in 1592, he bought a lot next to his family home on Meijia Street and enlisted the help of the Suzhou designer Zhang Nanyang, famous for the landscaping of the Yu Garden.

Zhang spent fourteen years creating a labyrinth of pavilions, ponds and artificial mountains arranged in 36 scenes spread across the 13,000 square meters. The owner named his estate the Daily Visit Garden (Ri She Yuan), and it became one of the best gardens of Ming-era Shanghai, along with Yu Garden (still standing) and Dew Fragrance Garden (Lu Xiang Yuan), now extinct.

In 1644 the Manchus came to power in Beijing, and the Chens, who were closely aligned to the fallen dynasty, lost their fortune and privileges. They had to sell the Daily Visit Garden to the Lu family, who had been landowners in the Yangtze delta region for nearly 2,000 years. Lu Xixiong, the fifth generation of his family to own the Daily Visit Garden, had a large collection of books and artwork. In 1763, he undertook construction of a walled library complex in the family garden. An imposing brick wall surrounded the library, and the only entrance was lined with fireproof tiles, still present on the estate. Having retired from his editorial position in Emperor Qianlong’s court, Lu Xixiong lived alone, surrounded by his books and paintings, so his house received the name by which it is known to this day – the Hermit’s Library, or Shu Yin Lou. Lu Xixiong’s descendants dispersed his fortune, and in 1881 the Hermit’s Library became the home of a Fujianese merchant family named Guo. The Guos were commercial shippers with links to Taiwan and Southeast Asia. They operated a fleet of ocean-going vessels and traded with Java, Philippines and Japan. But by the twentieth century, traditional Chinese shippers could no longer compete with modern companies, so the Guos sold their fleet and lived off their rental holdings.

In 1948, Guo Junlun, who had lived in the Hermit’s Library since the day he was born, brought home his young wife Qu Qi, from a prominent Nanjing family.

Guo Junlun spent decades lobbying to save his house from vandalism and decay. In the 1990s, when new policies reestablished some individual property rights, he finally succeeded in removing all manufacturing facilities from Shu Yin Lou and returning control of the house to his family. But by then the estate was in ruins.

In 1995, Guo Junlun sent a letter to the Royal Danish Academy of Fine Arts detailing the provenance and the plight of his house. To his delight, the academy responded, and a team of Danish graduate students spent five weeks in the house measuring, drawing and recording it in a thorough historical and architectural survey, preparing a proposal for a restoration. Authorities, however, turned down funding offered for the project, declaring that the “Chinese treasure would have to be restored using Chinese money.”

In 2001, construction work in the factory next door crushed the entire northwestern wing of the complex and created cracks in the surrounding wall. After Guo Junlun’s death in 2002, his wife and daughter moved into a shared bedroom furnished in the ancestral hall in the center of the compound.

Periodically, district workers survey the manor, inspecting overhanging ornaments and breaking off faulty pieces. A pile of 250-year-old wooden screens and doors has been growing in the Ming-era reception pavilion. The decay of Shu Yin Lou accelerated in the last decade. The “boat pavilion” (chuanting), an 18th-century wooden structure resembling a sailing ship in the sea of greenery, began to lose tiles. As rain leaked in, support pillars began to rot at the base and the entire building started to skew. Long cracks split hanging posts carved in the shape of embroidered baskets brimming with fruit and flowers. Wooden ornaments fell to the stone floor and rotted. Today, the airy, elegant pavilion looks like a shipwreck inside and is dangerous to enter. Shu Yin Lou is listed as a top-grade heritage building of national significance. It is one of the “three famous libraries of Jiangnan,” alongside the Fan family estate Tian Yi Ge (天一阁) in Ningbo, whose original owners became the state-employed custodians of the museum, which opened in their historic home. But the situation with Shu Yin Lou is different: it remains a privately owned house.

At the end of January 2019, the district administration approved a plan to redevelop a large area in the historic old town, including Shu Yin Lou. The Guos, who have safeguarded the architectural complex for six generations, will now leave and divide the compensation between 25 relatives, all of whom own a share in the property. Ten years after that bike ride, I published a book about the old town and gave Guo Yuwen, Shu Yin Lou's final resident, a copy. Shu Yin Lou features prominently on 20 pages. But for Guo, it’s no longer home. 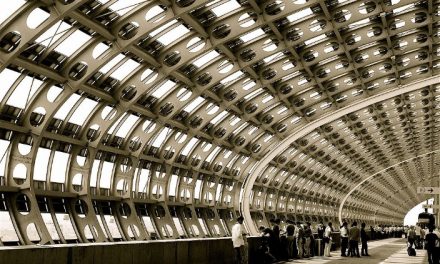 China to Forge Ahead with Canton Fair Amid COVID-19 Pandemic 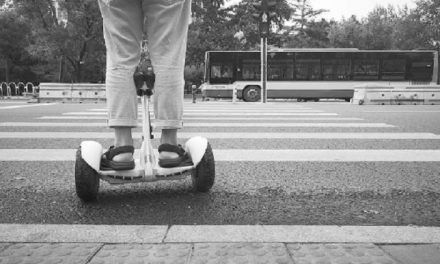 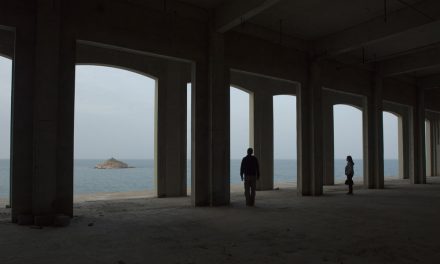 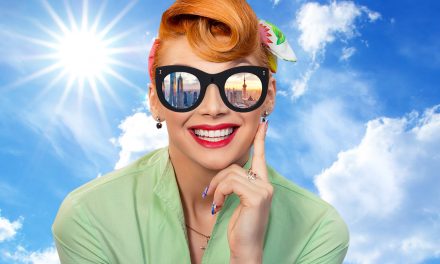 [Collection]: Where To Buy Glasses (And Sunglasses)