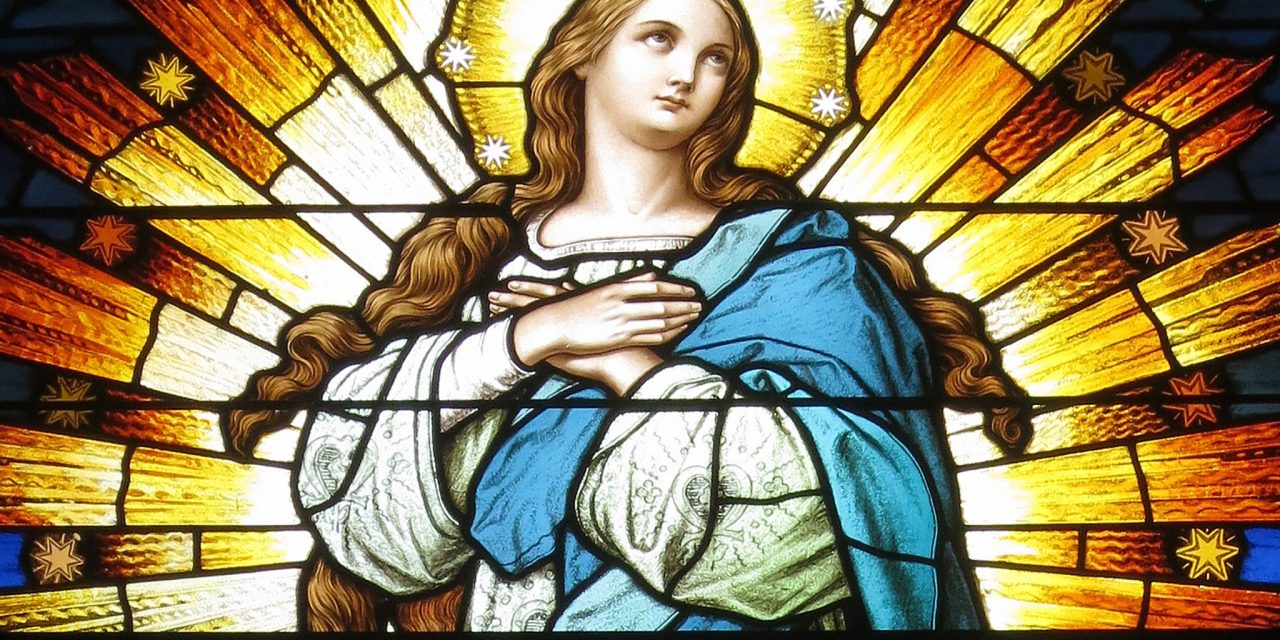 We’re already three full months into 2019... how did that happen? April has crept up on us, which means Easter is right around the corner. This year it falls on Sunday April 21, so we’ve put together a guide on which churches are hosting services this year. Happy Easter everyone!

Note: All those attending English services will need to bring their passport for entry. 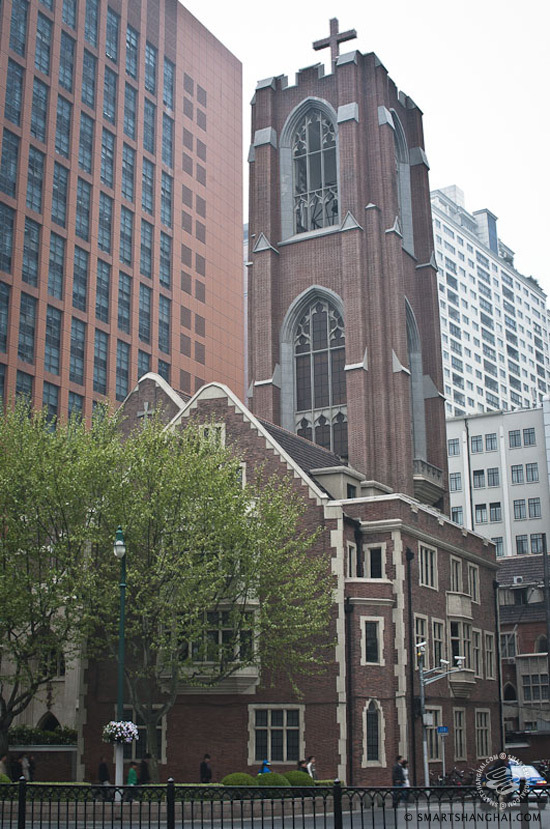 
Built by American missionaries in 1887 and renovated in 1931 to fit 1,000+ people, Moore Memorial Church (or Mu’en Church) is a familiar sight on Xizang Zhong Lu that has built up a large congregation since reopening in 1979.

They will be hosting a Chinese service on the morning of April 21 at 7.30am and 10am, then again in the afternoon at 2pm and 7pm. Although there is no English mass, anyone is welcome to attend the Chinese mass. 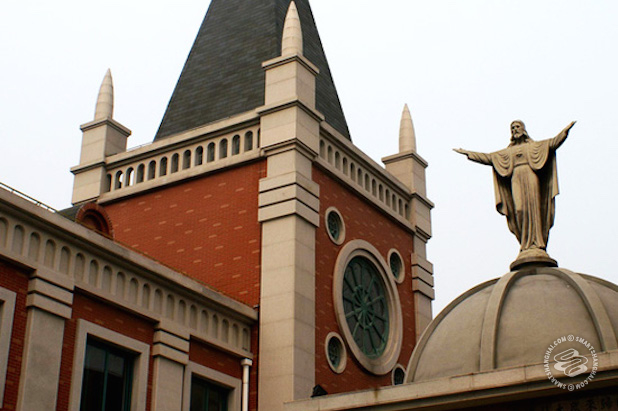 
Sacred Heart originally took shape in 1744 but has been forced to relocate a number of times. It is now located in Pudong’s Biyun International Community and has a weekly English Language Mass making it a good option for the foreign community in Pudong wanting to celebrate. All are welcome for the Easter mass.

The Chinese language service is on April 20 at 7pm, then again on April 21 at 8am. 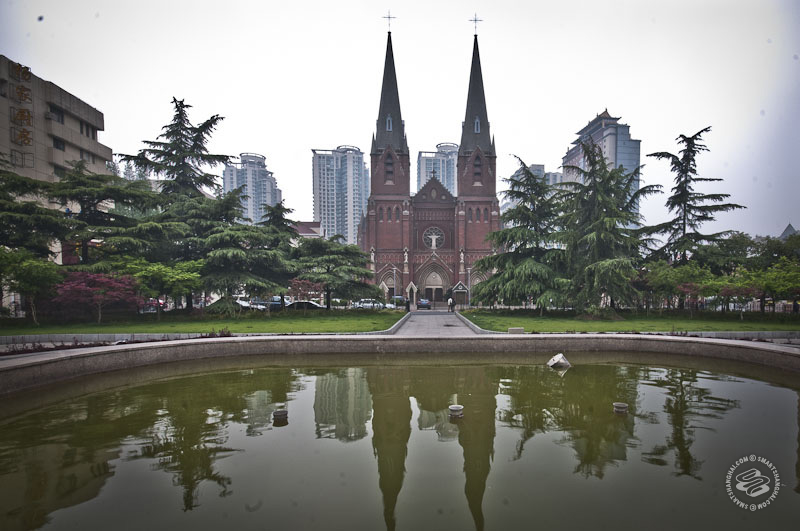 
Xujiahui Cathedral, as it is more commonly known, is a gothic-style twin-spired cathedral surrounded by a lush green garden. The interior is quite a sight – an arched ceiling supported by 64 pillars carved out of stone from Suzhou’s Mount Jin; over 60 stain glass windows incorporating Chinese characters and iconography; and 19 altars, the biggest of which was sculpted in Paris before being brought to Shanghai in 1919. Not a bad spot to praise the big man/woman/omnipresent being upstairs. 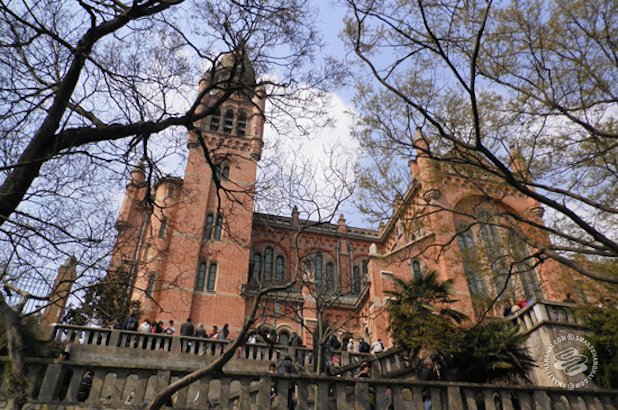 
One of the biggest and most impressive places of worship in Shanghai, Sheshan Marian Basilica sits atop West Sheshan Hill and was first constructed in 1963. It was pretty badly damaged during the tumult of the 1960s, but has now been restored to its former glory with the main altar being built of marble and jade, and an impressive 38m tall bell tower on the south-east corner.

Located out in Songjiang, it is a bit of a trek if you live downtown. However, it is a grand spectacle, and everyone is welcome at the Chinese Easter mass which takes place at 3pm on April 18 and 19, 6.30pm on April 20, then again at 8am on April 21. 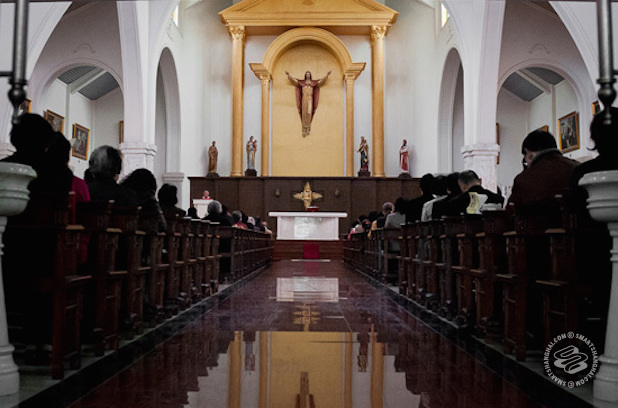 St. Peter’s is a downtown church that is regularly full of worshipers from around the globe. It became well known for sheltering many parishioners during the Second Sino-Japanese War, and also for being repurposed as a cultural center in the 1960s. The original building was razed in 1995 in order to build a more modern one that has some pretty awesome stain glass windows.


All Saints on Fuxing Zhong Lu was built by the Episcopal Church in 1925. It's a Christian church in 17th-century style with a rose window and bell tower. Its triangle roof, red brick and concrete-engraved doorpost make it a distinctive house of worship. The main hall can hold 500 people and the attached halls can seat a further 1,000.

The English Services: 2pm and 4pm on April 21


Shanghai’s best-known Protestant church, built in 1925 and popular with foreigners, gives St. Peter’s a run for its money as Shanghai’s most international church.


Also known as Hongde Temple, this place is the only Christian church in Shanghai built using Chinese architecture. It even has a Chinese-style bell tower above the entrance. It was constructed in 1928 in memory of George Field Fitch, an American missionary who helped the Chinese establish their modern printing and publishing industry during the late 19th century.

The English Services: April 21 at 3pm


Hong En is home to Abundant Grace, an international, interdenominational church with people from many countries, cultures and traditions. On Easter Sunday, they will celebrate through music, dance, drama art and word, followed by their annual Easter party at 6pm. Nothing like a good old Easter knees up, ey?

The English Services: Details not released yet.


St. Joseph’s is situated on one of the three bits of land given to the Catholic Church in the 1840s in compensation for the seizure of Jingyi Church during the suppression of Christianity of 1731. Unfortunately they have not released the details of their services yet — check back here nearer to Easter.

The English Services: Details not released yet.


Established in the early 20th century, Shanghai Grace Church is a standout feature on its street with red bricks and a tall bell tower. They also are yet to release the details of their services, so check back here nearer to Easter.