[The Argument]: A Defense of Din Tai Fung 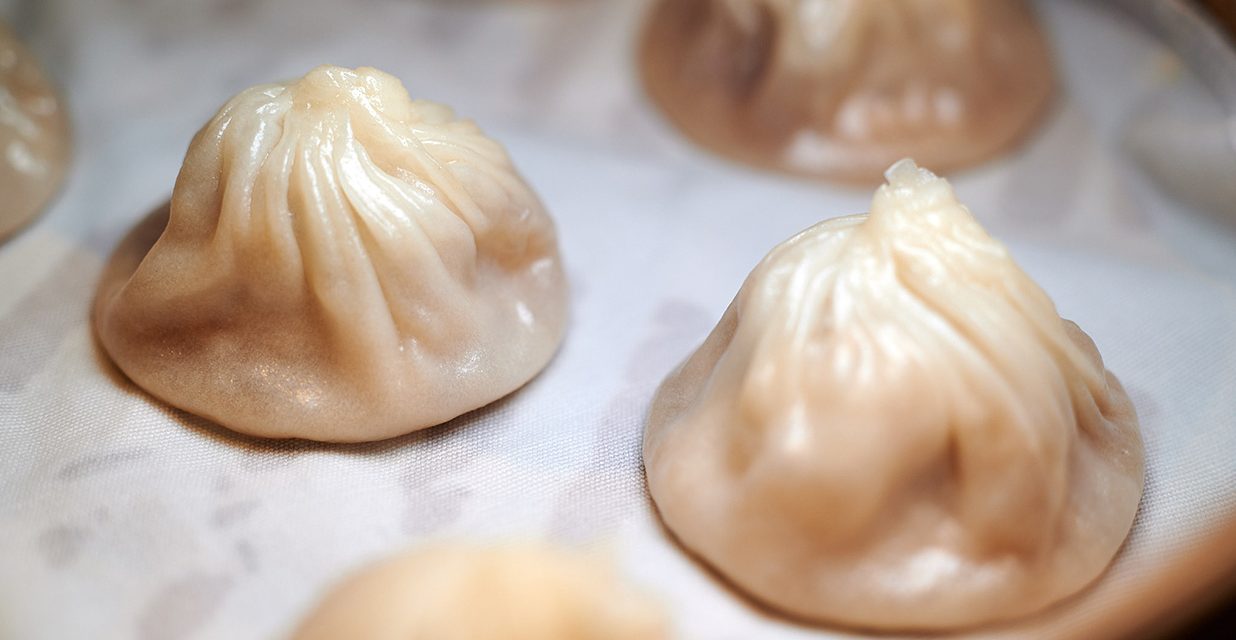 Argument: Only Tourists and Foreigners Eat at Din Tai Fung


Let’s break this into two parts. Foreigners first. There’s a couple ways to dissect this argument. One is to look at Dianping. As of May 14, the brand’s 10 branches in Shanghai had a collective 27,236 reviews. All in Chinese. Who is writing these? Expats working at IAPM?

Another is to do some simple dining math. Din Tai Fung has 10 locations in Shanghai. Each location seats about 250 people. At a minimum, they have three seatings per day at the tables. That’s 10 x 250 x 3, or 7,500 people dining there per day. Shanghai had 163,363 resident foreigners in 2017, the latest figure available, according to the Shanghai Statistics Bureau. By this logic, 5% of Shanghai’s expat population, or ALMOST EVERY SINGLE FRENCH PERSON (pop. 8,659) is dining at Din Tai Fung every single day. Obviously not true. 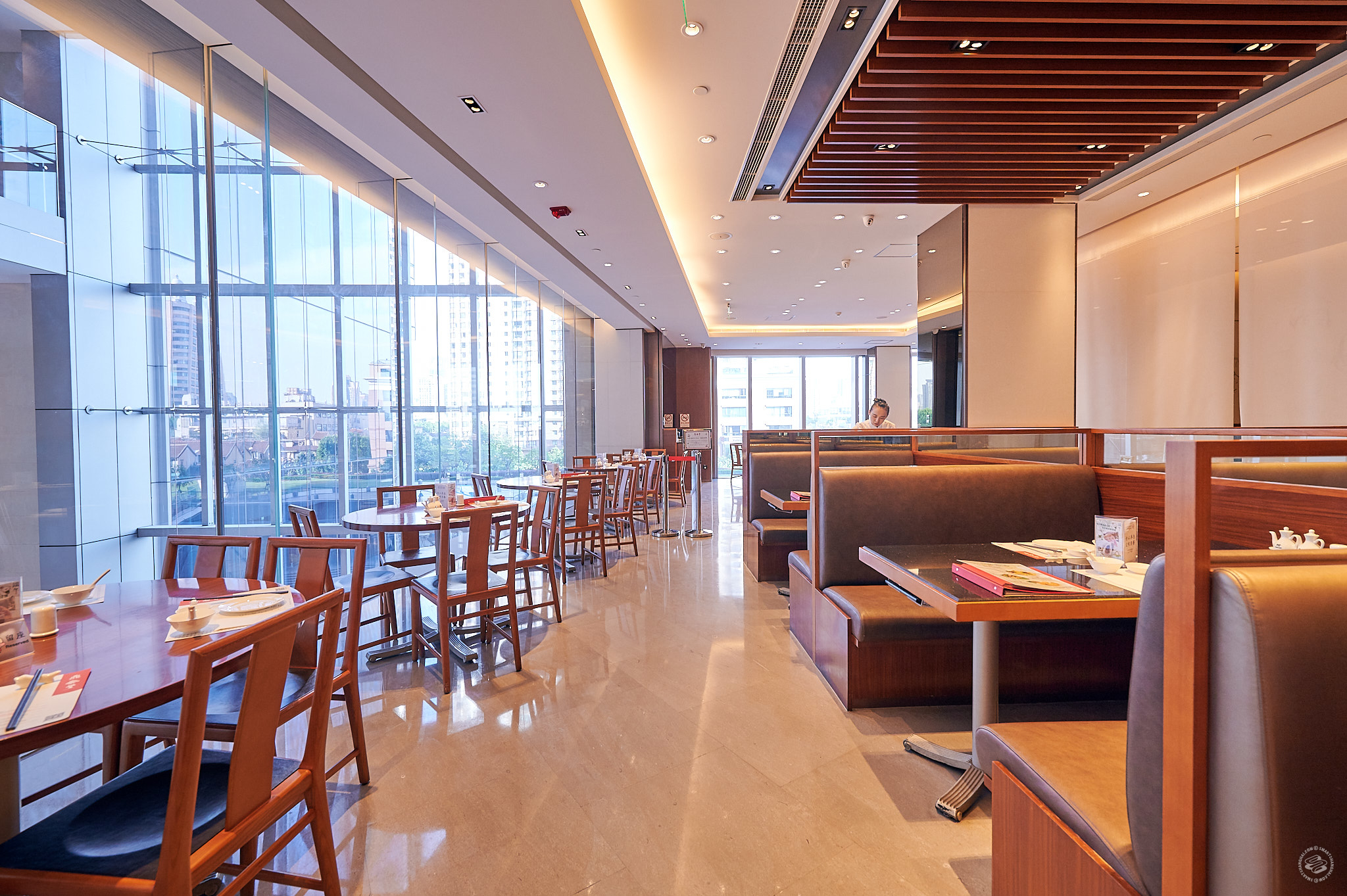 Even easier is to just look around. Are there foreigners there? Sure there are. But depending on what location, not so many. Speaking to Din Tai Fung management, I learned that even at Shanghai Centre, where you expect to see the most non-Chinese faces, 60% of their customers are Chinese. At Grand Gateway, that number goes up to 90%.

Are these all tourists?

Why can’t one assume that Shanghainese people appreciate a thin-skinned, high-quality soup dumpling? In fact, if anyone in the world can appreciate the handicraft of a soup dumpling, it’s Shanghainese. And we all know Shanghai doesn’t lack money. If people want nicer dumplings, they can afford them.

Argument: Din Tai Fung Is Overpriced and Some Other Place I Like Does a Better Xiao Long Bao Anyway


It’s true that the per-dumpling price at Din Tai Fung (about 6rmb) is higher than, say, Jia Jia Tang Bao (about 1.5rmb). Another way to express that is, Jia Jia Tang Bao, and all the other one-kuai-per-dumpling places (which the Shanghai Soup Dumpling Index found was the average benchmark) are underpriced. How? They take cheap locations, crowd them with customers, and cut costs severely when it comes to environment.

But just looking at the dumpling, there is a big difference between many of the mom-and-pop shops and Din Tai Fung. 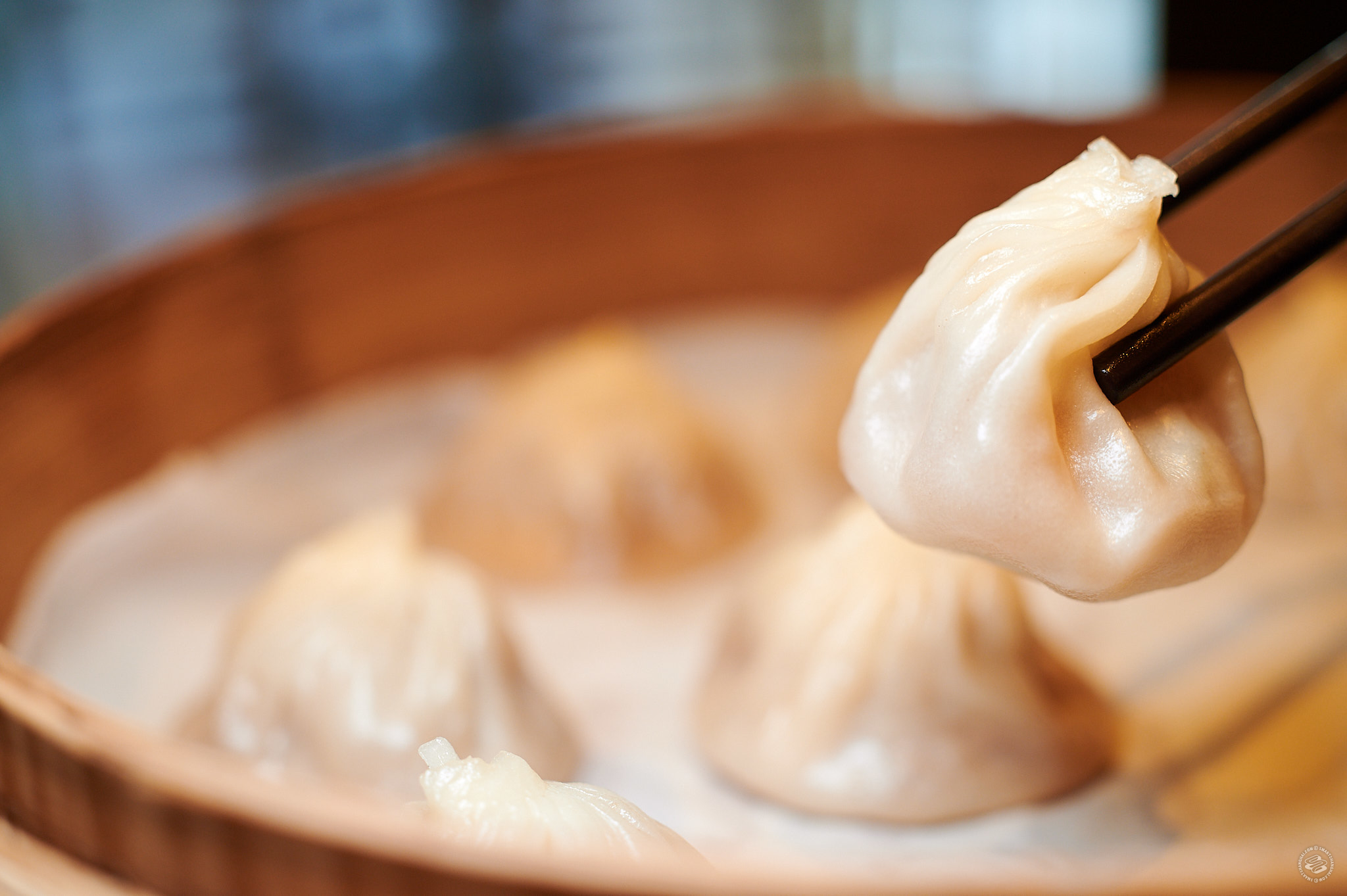 A Din Tai Fung dumpling has a skin approaching or even below 1.0mm (Shanghai Soup Dumpling Index — take out your calipers); others go up to 2.0mm, which makes a drastic difference in the grace and elegance of a soup dumpling. A Din Tai Fung dumpling always has 18 pleats and a very tiny “top-knot”, which is important to serious soup dumpling eaters who don’t want a mouthful of wheat dough. Many others may have a lot of pleats but they are often sealed with a pinch, which clumps the dough on top. 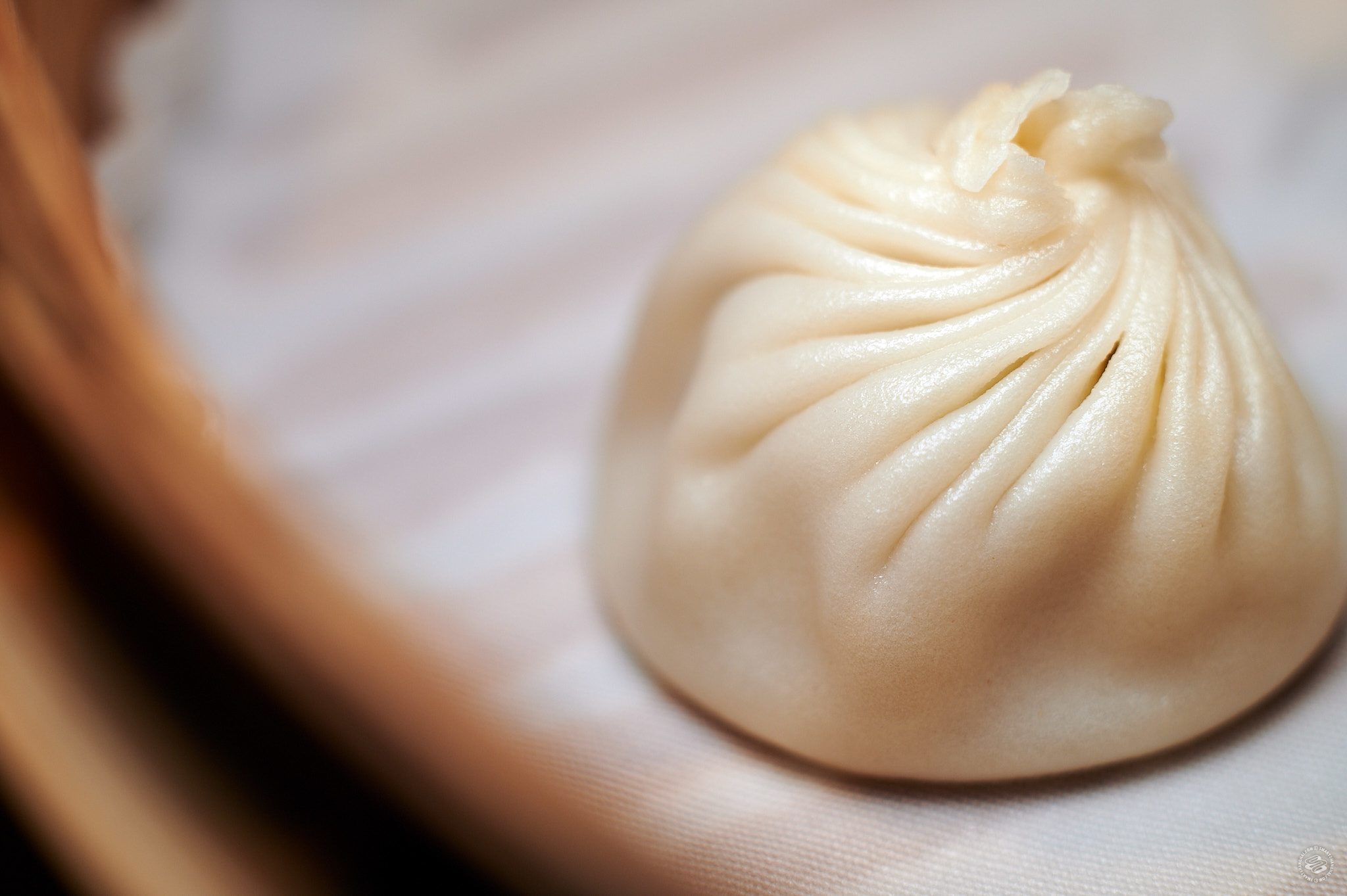 Another metric to use is, how much does it really cost me? Again, we look to Dianping. The average price per person across all ten locations is 140-160rmb. That’s a burger and a drink at Blue Frog. More accurately I think what people are really saying is “I can get the same dish for much less elsewhere and I can’t tell the difference”. Call me a snob but this is on you. I can tell the difference.

I would go so far as to say Din Tai Fung is one of Shanghai’s best bargains for quality of food and dining experience. Many times when dining solo I’m in and out in 20 minutes and under 100rmb. They are paying above-market wages and training employees to give service at a standard that baffles most other F&B operators in Shanghai.

Argument: It's Just Another Chain Restaurant


What sets Din Tai Fung apart from others serving the same food aside from the maniacally strict standards on sourcing and food handling, is the delicate balance in flavor they achieve in all their dishes while highlighting the main ingredients. For me it is not just the best xiao long bao spot; they do most everything else very well. Their fried rice, spicy wontons, pork bun, scallion noodles, and appetizer small plates are some of the best examples out there. 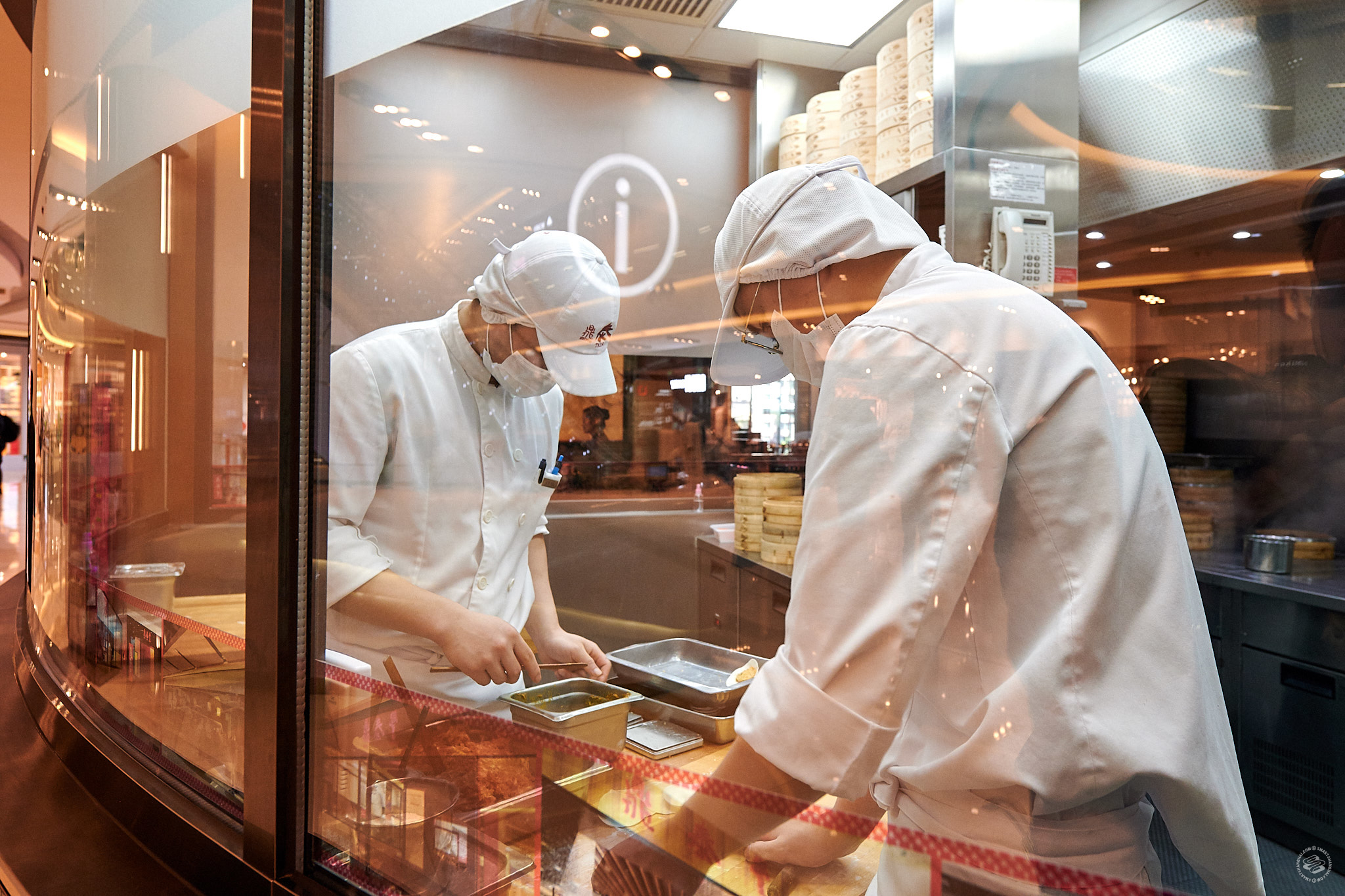 I think where many Shanghai residents go astray on Din Tai Fung is they think of it just as a xiao long bao destination when it is an experience encompassing much more. Loose comparisons can be quickly made between the big brand empire and a cheaper mom-and-pop shop and it’s not hard to see in a post-Bourdain era which side food-centric people lean, if there even needs to be sides to begin with. Friends that have eaten at Din Tai Fung but don’t have one in their home city all earmark it as a must-go when in the vicinity of one. People in London right now are queueing for five hours to get into that city’s first Din Tai Fung. Yet most Shanghai residents view Din Tai Fung with weary eyes, probably akin to how New Yorkers view Shake Shack.

And this is why I want to argue the point in the first place. Shanghai is jaded. The grass is plenty green here when it comes to dining options, and for me, Din Tai Fung is where I plant my flag.

They gave a lot of street food dignity, and built a model based on rigorous standards in both service and food. Also, there's no better xiao long bao in the world.