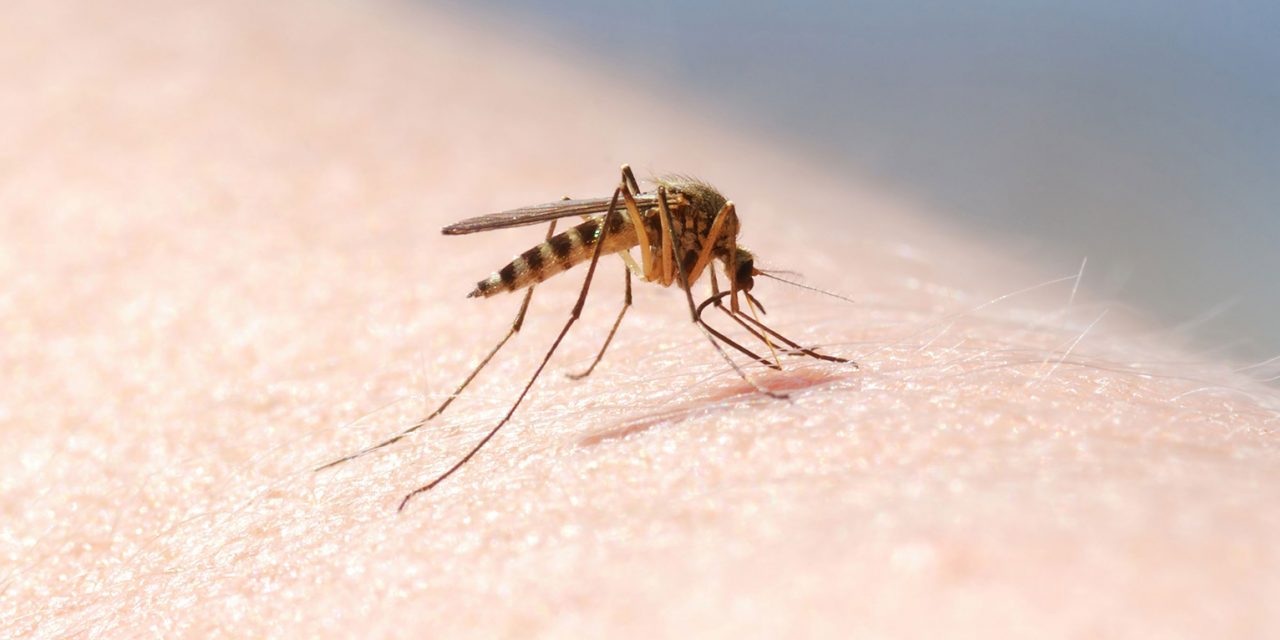 
The most expensive product on the test list, this GreenYellow death-trap is advertised as "a new milestone in mosquito control technology evolution." Truly the hero we need. It claims to have three layers of mosquito enticement: the "temptation light wave," a heated element that mimics the temperature of the human body, and – according to my best translation – the ability to create its own internal humid microclimate. I bought the option with a timer, but you can also get one with smart technology that can be controlled through an app. This (and products like it) have spawned a wave of Dou Yin videos featuring people emptying out piles of dead mosquitoes their machines have trapped. Fun!

Sound: A quiet but annoying high-pitched whir. It was so irritating that I had to switch it off for the Game of Thrones finale, and to sleep, and to eat dinner without wanting to throw it out of the window.

Look: Premium, as if Dyson made air purifiers. It’s the only product I tested that didn’t look cheap.

Portability: Not good. It’s too bulky to take on holiday. I wouldn’t even want to lug it to work on the metro. It’s light, though.

Efficacy: Absolutely appalling. I left it on in my bedroom all evening and still got bitten twice. One of the bites was on the bottom of my foot, which was particularly annoying. Maybe I’m just one of those people whose blood type is more attractive to mosquitoes than a "temptation light wave," but it didn’t work for me at all.

Verdict: Don’t bother, unless your main concern is people walking into your apartment and saying “ooh, that looks fancy, what is it?” The positive reviews on Taobao generally seem to mention that it works really well if you use it with the company’s suggested mosquito repellents, too, so it’s basically a noisy nightlight. If technology can save us from mosquitoes, let’s hope the mosquito surveillance systems can do a better job. 1/5 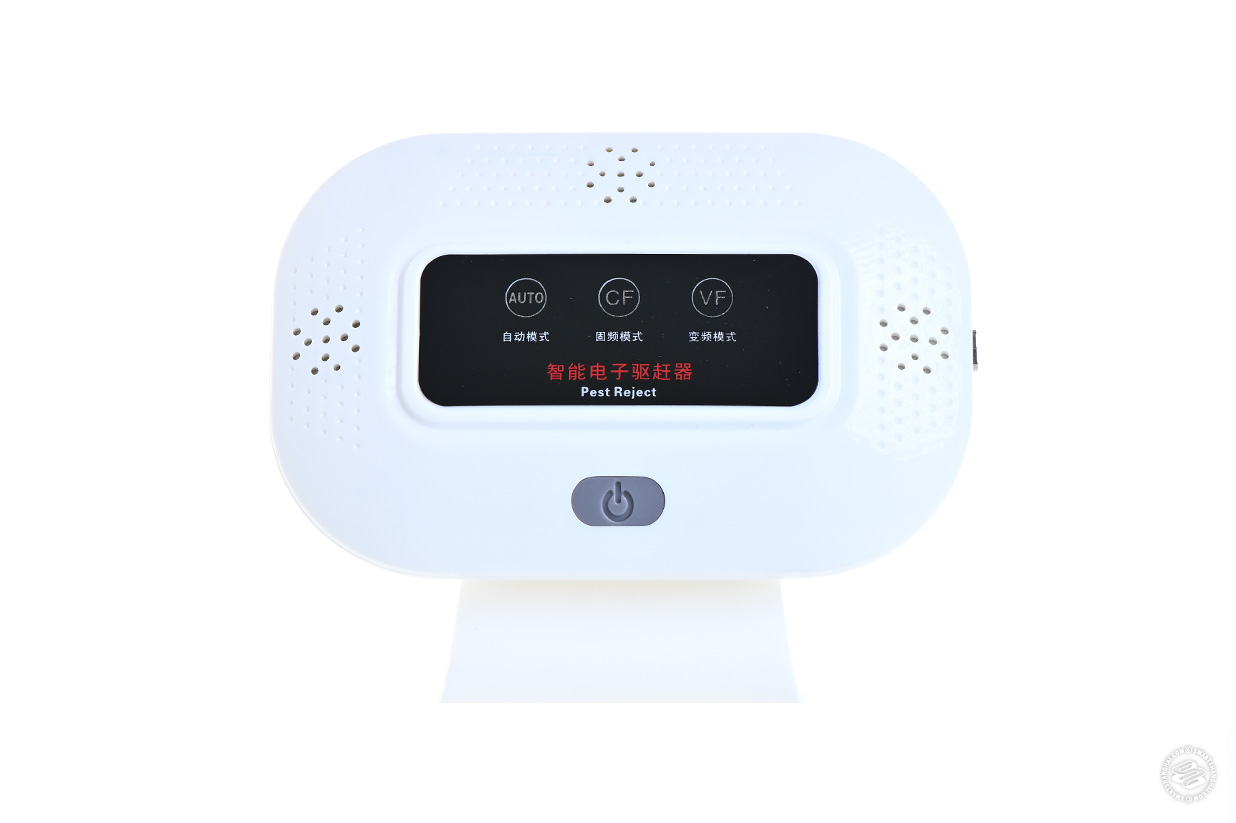 
Allegedly, it takes up to ten days to clear a room of any pests, from mosquitoes (presumably even giant, four-inch long ones) to bats and mice. This might seem like a long ten days when you’re getting constantly munched, but the manufacturers claim that it’s the only repellent method that’s entirely safe, soundless and environmentally friendly. Of course they do!

Sound: This little ultrasonic device isn't entirely ultrasonic. You can hear it up close – a little “pew pew pew” noise like a malfunctioning 1980s arcade game.

Portability: Good! You can plug it into a USB or a plug socket (if you buy it with the correct adapter), and it’s small/light enough to easily slip it into a bag.

Efficacy: Not an immediate solution. On day four, for example, I saw a mosquito casually glide over it and land on my desk. At least it didn’t land on me, I suppose. I was bitten a few times while it was plugged in, though, and it didn’t have any noticeable impact on other bugs.

Verdict: I honestly couldn’t say whether it actually did anything apart from flashing and emitting “pews”. 2/5 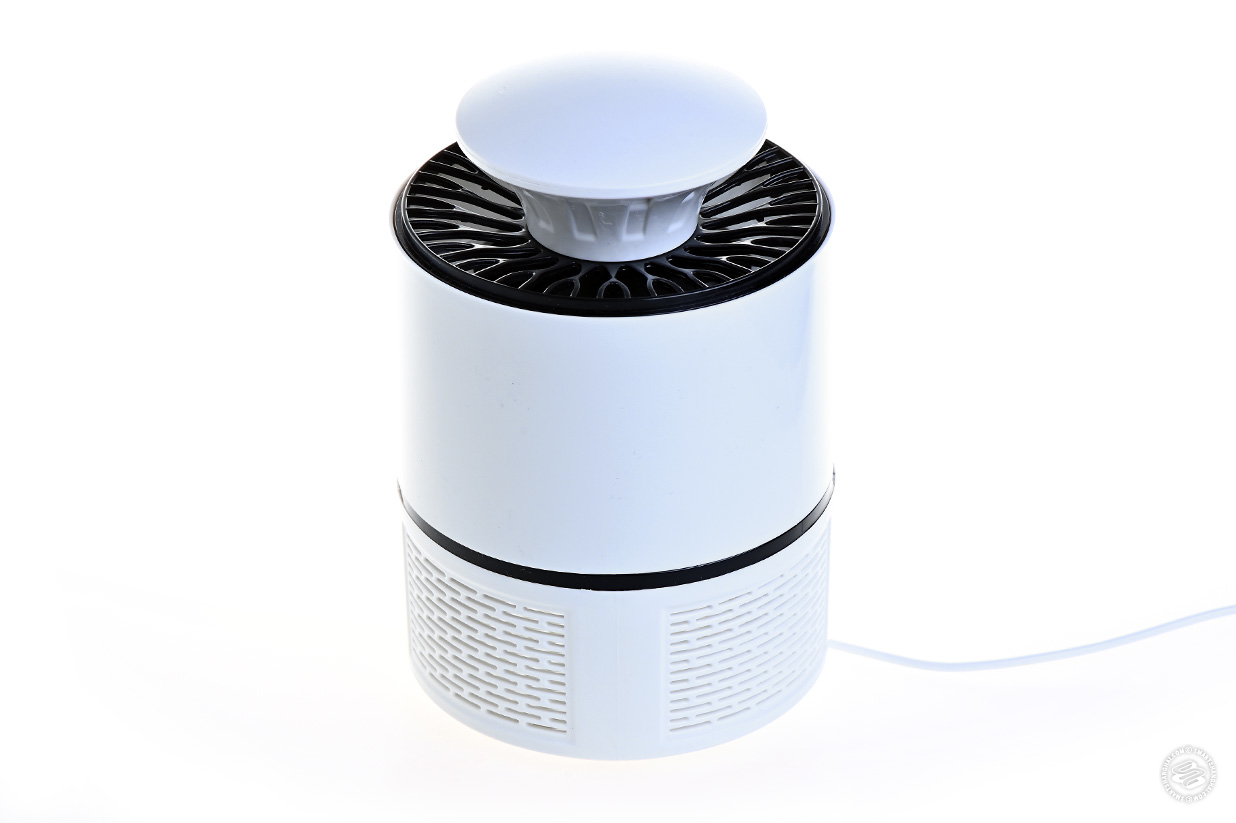 
While the other products on this list are mostly advertised with pictures of smiling pregnant women and babies (“we’re safe, we promise”), this lamp’s page features some grisly pictures of mounds of mosquito corpses. I had high hopes. The company claim that it draws in mosquitoes with “six-dimensional photo-catalyst” (light) and “strong wind suction” (fan). It has a USB and socket adapter, which is handy. Reviews are overwhelmingly positive – a lot of people say they plan to buy more for their family members in mosquito-heavy areas, which suggests that China’s military anti-mosquito radar system may still have some way to go.

Sound: Gentle white noise, like a soft fan. Really good for getting to sleep. It’s almost worth keeping just for that. You won’t hear it over your air conditioner.

Look: Like a smaller, budget version of the GreenYellow machine. The blue lights on both probably aren’t helpful for sleep, but they didn't bother me.

Portability: Light and unobtrusive, but a little bulky for travel.

Efficacy: It’s easy to assess this one, because you can detach the little cage at the bottom to check how many you’ve caught (and presumably release them back into the wild to bite another day). I didn’t catch any, even after leaving it on the balcony for a few hours. I didn’t get bitten either, to be fair, so maybe it was just a bad day for mozzies.

Verdict: It looks and sounds very calming, which makes it a nice little placebo lamp, at least. Dr Pinto also advises planting “lavender, citronella, eucalyptus, mint or cilantro” outside as repellents; the plants and the lamp together would probably improve your general wellbeing, even if you still got bitten. 2.5/5 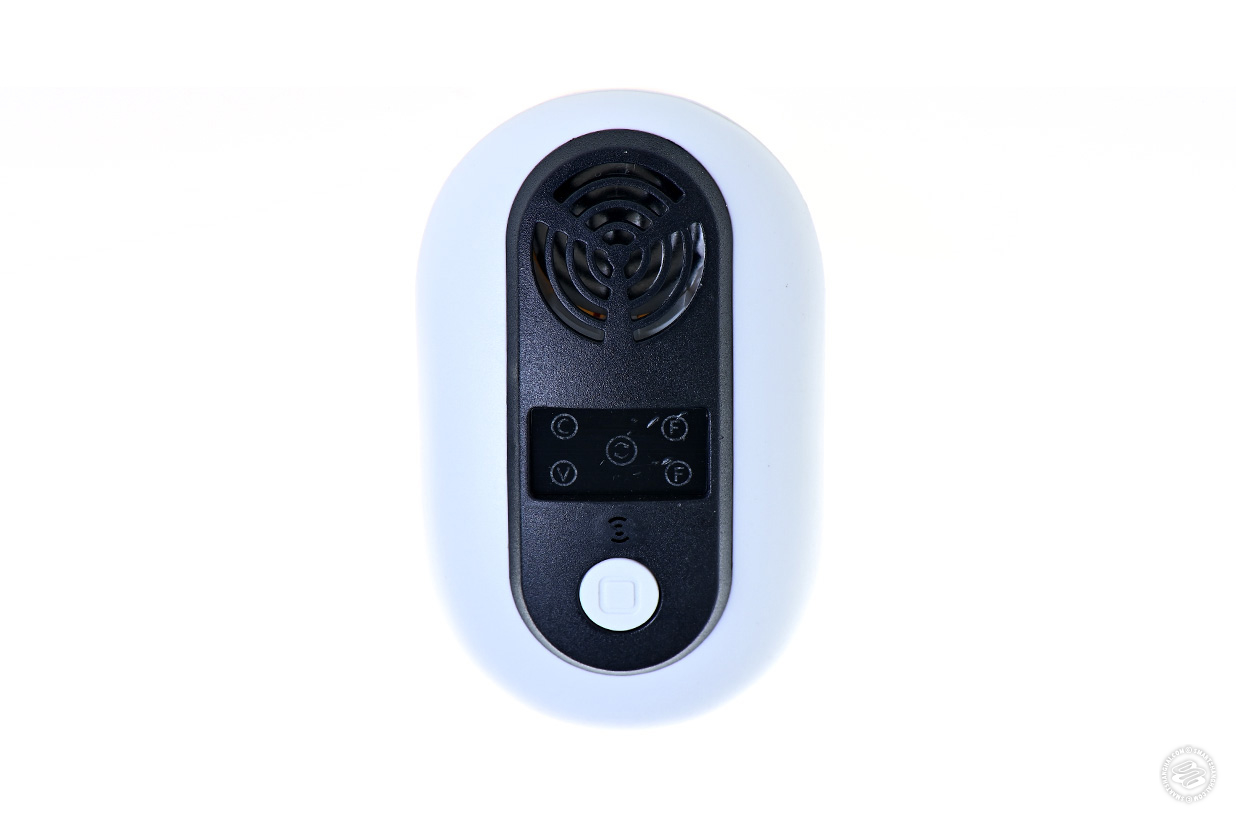 
This soundwave plug-in must be placed 20-80cm from the floor, so I took it to a friend’s mosquito-infested office, which had well-placed plug sockets. Mine were all too high or too low. Apparently, it emits sounds in the same acoustic frequency band as male mosquitoes. Only female mosquitoes bite, so presumably the base philosophy is that they’ll be driven off by the presence of males. Fair enough, although the scientists releasing 20 million infected male mosquitoes every day in Guangzhou should probably be notified. It can cover up to 100 square meters; considering the size of a standard Shanghai apartment, it’ll probably help your neighbors, too.

Look: A little naff, but not noticeably so.

Portability: Fair! Easy to take it to work or on holiday. It doesn’t have a USB option, though.

Efficacy: Surprisingly good. It cleared the mosquito-plagued office when it was left plugged in over the weekend (although, to be fair, apparently the shifu also came in and took some additional, mysterious control measures). Perhaps a little slow to get results, but it works well if you give it time.

Verdict: Convincing and relatively humane, despite the cartoons of mosquitoes’ brains being zapped on the product page. 4/5 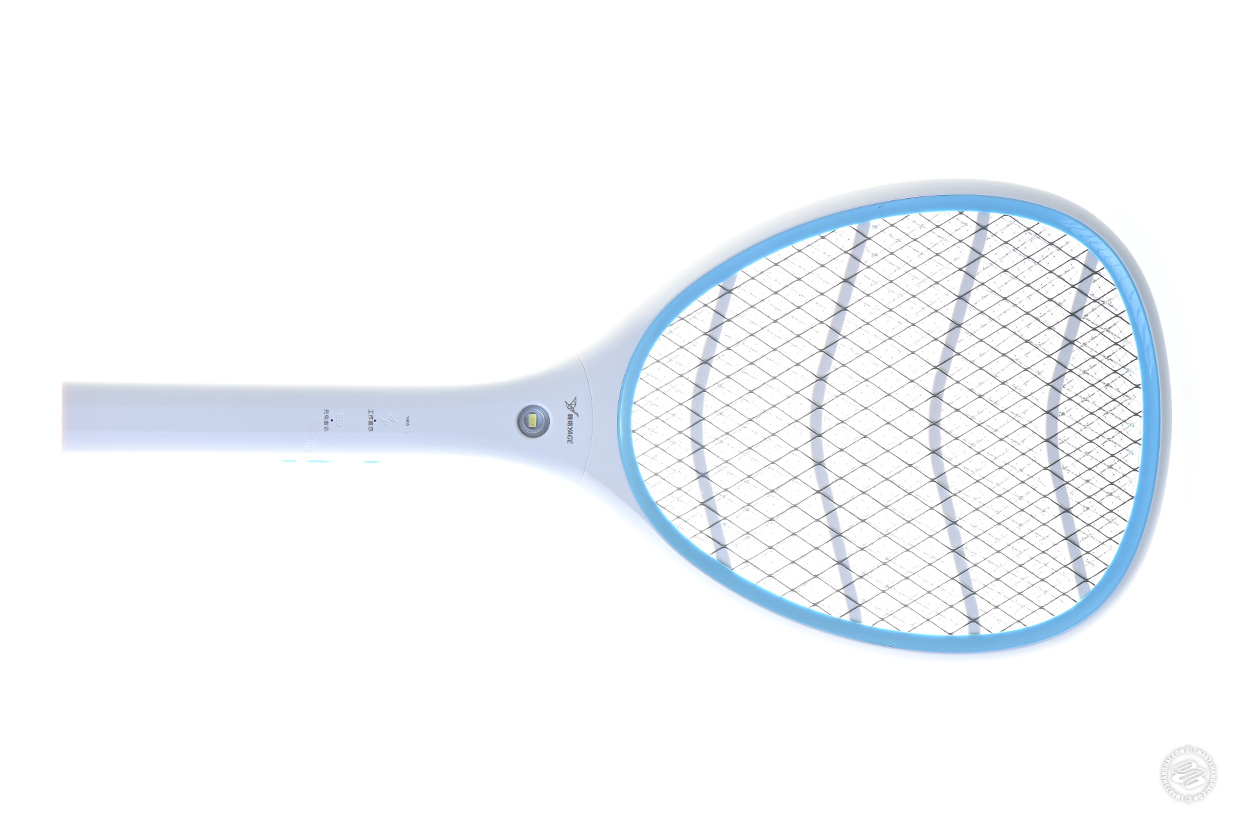 
There are many different brands of mosquito racquet on Taobao, but this one has been the 2019 best-seller so far, with almost 13,000 positive reviews. It’s fairly well-priced, comes with a little built-in bug searchlight, and claims to be completely safe to touch. I wouldn’t recommend testing it too vigorously, though. Flick the main switch up and then hold the little round button while you’re swatting.

Sound: Silent until you hit a mosquito, at which point there’s a satisfying crackle, a flash of electricity, and a whiff of toasted bug.

Look: Plasticky and utilitarian. No points for style.

Portability: Light but awkward. Feasible to take it on holiday (assuming they’re allowed on flights, which I doubt), but you might need a racquet bag if you’re taking it to work every day. You can charge it through a USB port.

Efficacy: Excellent. Obviously there’s a level of time commitment and active engagement that the other devices don’t require, but there’s also the satisfying payoff when you zap something. It’s important to get them before they get you, though, otherwise you’ll be setting off a little singed blood bomb.

Verdict: It isn’t the most humane option, but it sure as hell works. 4.5/5