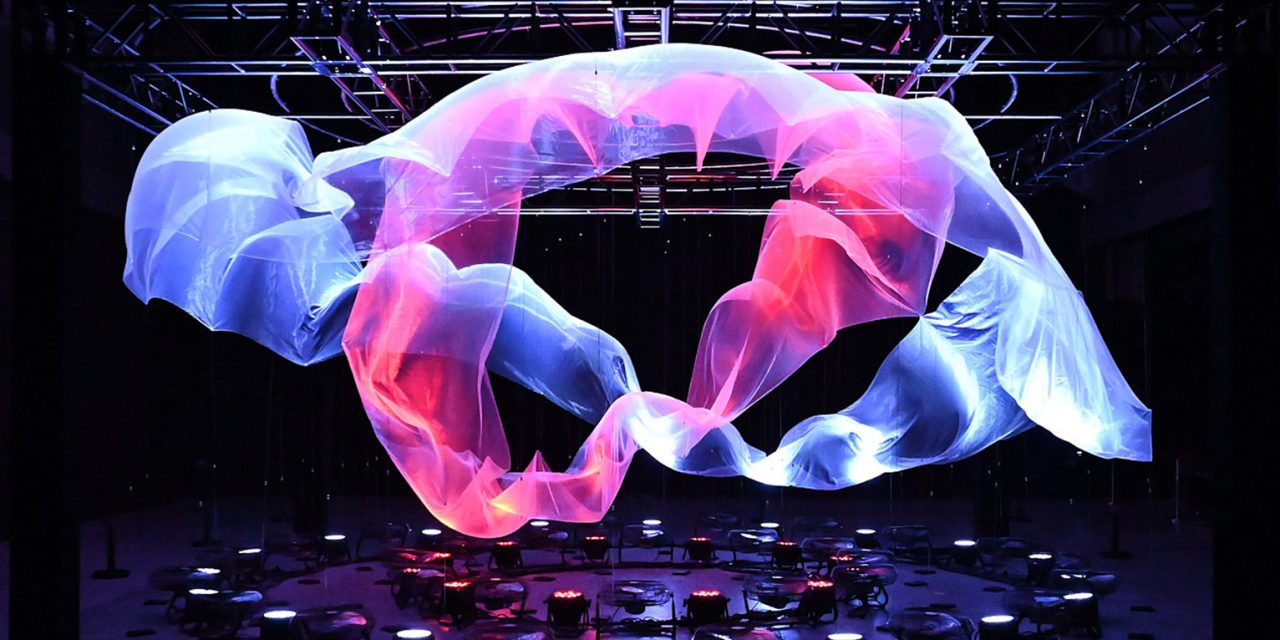 If artistic use of computer code is your thing, this month is for you. New media time! Following HOW Art Museum’s recent exhibitions from Quayola and a'a'a'jiao, as well as Team Lab's Shanghai debut inside a former oil tank, two art museums in the northern part of Jing’ an launched equally mesmerizing shows in the digital realm, including a strong comeback from the Minsheng Art Museum. Meanwhile, Long Museum on the West Bund continues its work with Chinese contemporary artists, hosting a large-scale solo exhibition from Shanghai-based painter Xue Song, who likes to play with fire.


Tatsuo Miyajima has been creating art installations with LED counters since the mid-80s. Fascinated by the digits, he inserts them into all kinds of scenarios, often as a way to present his Buddhist philosophical insights on life, time, and space. While the artist is known for digital arts, Miyajima’s performance art might leave a more powerful impression on viewers. Historical events and cultural conflicts play an essential role: he dipped his head in the Fukushima sea while on a boat as close to the nuclear power plant as he could; he immersed his face in a bowl of Chinese ink, breathing heavily while counting down, and repeated it. Ten large-scale works from Miyajima are spread over two floors, some tailor-made for the space, like centerpiece “Time Waterfall”, which was once projected onto the façade of International Commerce Centre (ICC) building in Hong Kong. This show comes courtesy of Minsheng Art Museum, once located at the Red Town and then the Expo center. The unconventional structure and exploration of simple geometries make the architecture of the museum worth a visit itself. 50rmb for entry. 
Ming Contemporary Art Museum (McaM) has been consistently hosting avant-garde performances and art exhibitions for a while. Sensory Canvas, their latest new media exhibition, brings together eight artists and art collectives from across several continents. Among them are German artist and designer Tobias Gremmler, creative studio WOW, and Japanese choreographer and multidisciplinary artist Hiroaki Umeda. A total of nine installations are on display, sharing the common topics of: “Form of Nature” and “Form of Motion”. They are all essentially sensory devices that flirt with your perceptions: Umeda’s “Holistic Strata” uses high-speed pixels to generate vertigo-inducing effects, and WOW’s “Wind Form”, a piece of cloth that floats and changes color like a jellyfish, enchants viewers with its ever-changing shapes. They also brought French artist Pierre Redon’s music project Tülü to the venue over the weekend. The primitive and wild sound from the band intends to “weave the memory of humanity into a rug” —— as locks of participants’ hair are stitched into the ancient Turkish rugs after the concert. One of the better new media exhibitions in Shanghai for a while and near-ish “Being Coming”. 60rmb for entry.


A fire at his studio in 1990 made painter Xue Song rethink his creative approach. Since then, the Shanghai-based artist has been experimenting with collaging and burning techniques as his main methods of restructuring paintings. The results are literally “Art from the Ashes”: he put together fragments of burnt materials such as old books and illustrations — even artworks from renowned artists like Da Vinci, Picasso, and Xu Beihong — then glues them one by one on the canvas. The process is time-consuming and mechanical. Almost 30 years since the accident, Xue Song’s obsession with fire hasn’t died out. His large-scale solo show takes place at Long Museum, showcasing around 200 artworks that illuminate Xue’s bold take on Chinese hieroglyphics, calligraphy, as well as China’s societal changes and the urban development of Shanghai. Dubbed a “new Haipai artist”, and also a pop artist, Xue seems to have so much to say about the world and is tirelessly adding more colors to it — demanding the audience view them closely. The 100rmb entry fee also grants access to Long’s permanent exhibitions in the basement, as well as “Pioneering: Chinese Artists Abroad in France and Chinese Modern Art (1911-1949)”, which closes on June 9. To celebrate The Twelfth China Art Festival, the China Art Museum gathered 1,200 paintings, calligraphy, engraved works, and photographs from across the nation. The exhibition is completely free and will continue until mid-August.