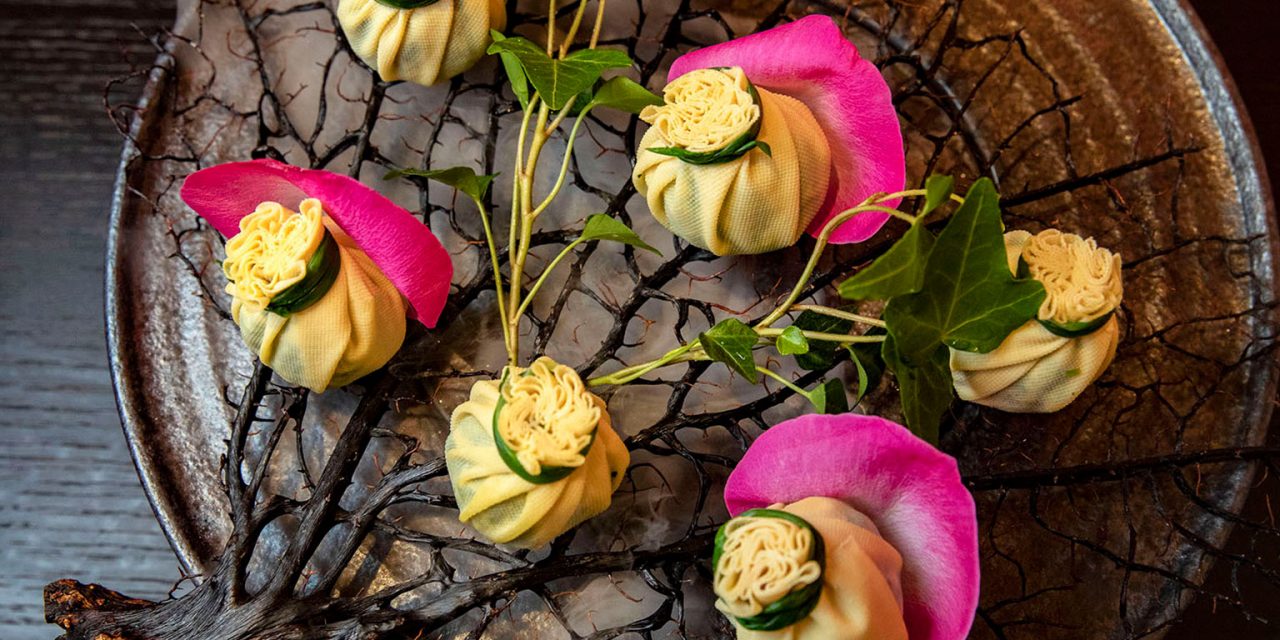 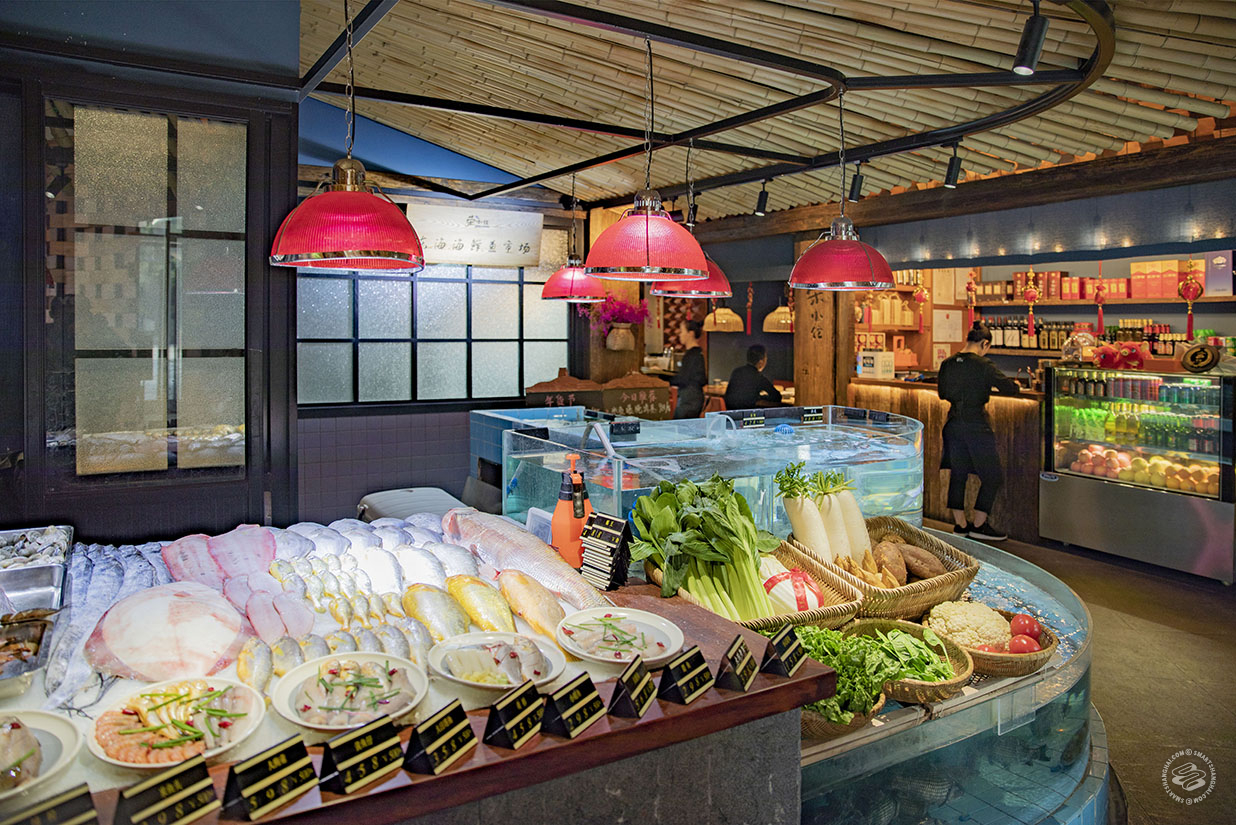 Known for selling freshly-caught seafood from the East China Sea, Xin Rong Ji is a mish-mash of cuisine from Taizhou, in Zhejiang, and Guangdong. It’s not always super expensive — you can do dim sum here and not lose any limbs — but at its flagship Nanyang Lu mansion, it’s a minimum 500rmb per person and it’s only private rooms. Of the four locations in Shanghai, two have one Michelin star. 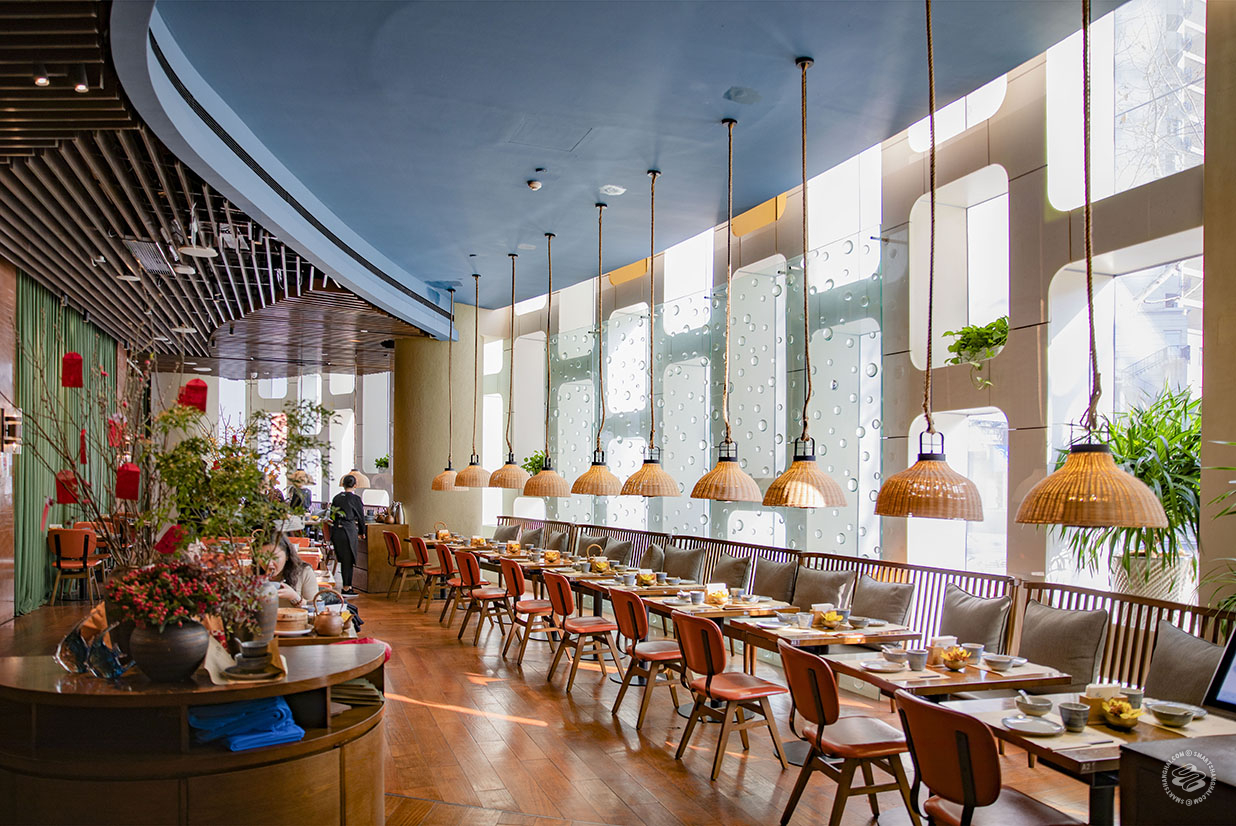 Rong Xiao Guan launched in 2013 and expanded into the Andaz hotel in Xintiandi in spring 2018. Compared to Xin Rong Ji, Rong Xiao Guan has a heavier focus on seasonal, nourishing, and very down-to-earth Taizhou dishes. The menu is more compact, with a majority of them below 50rmb. There is no Cantonese-style dim sum. 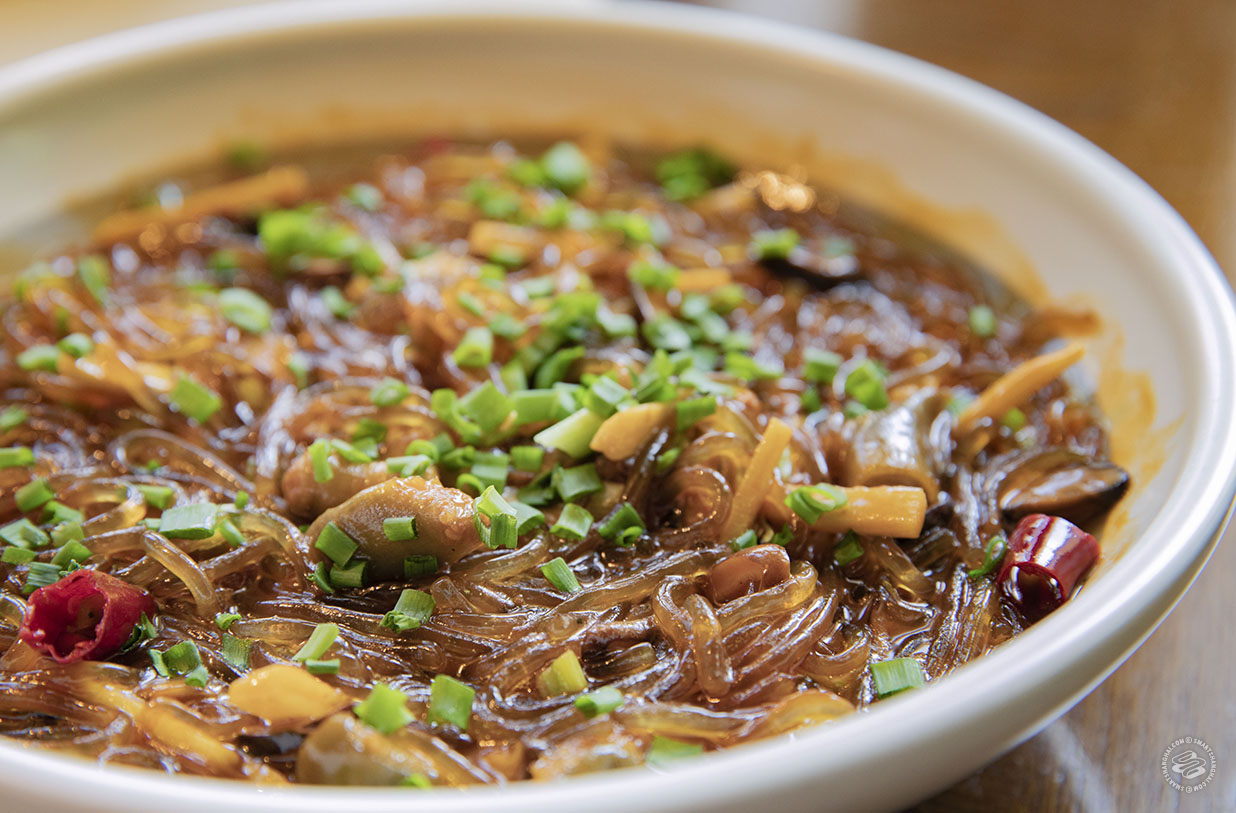 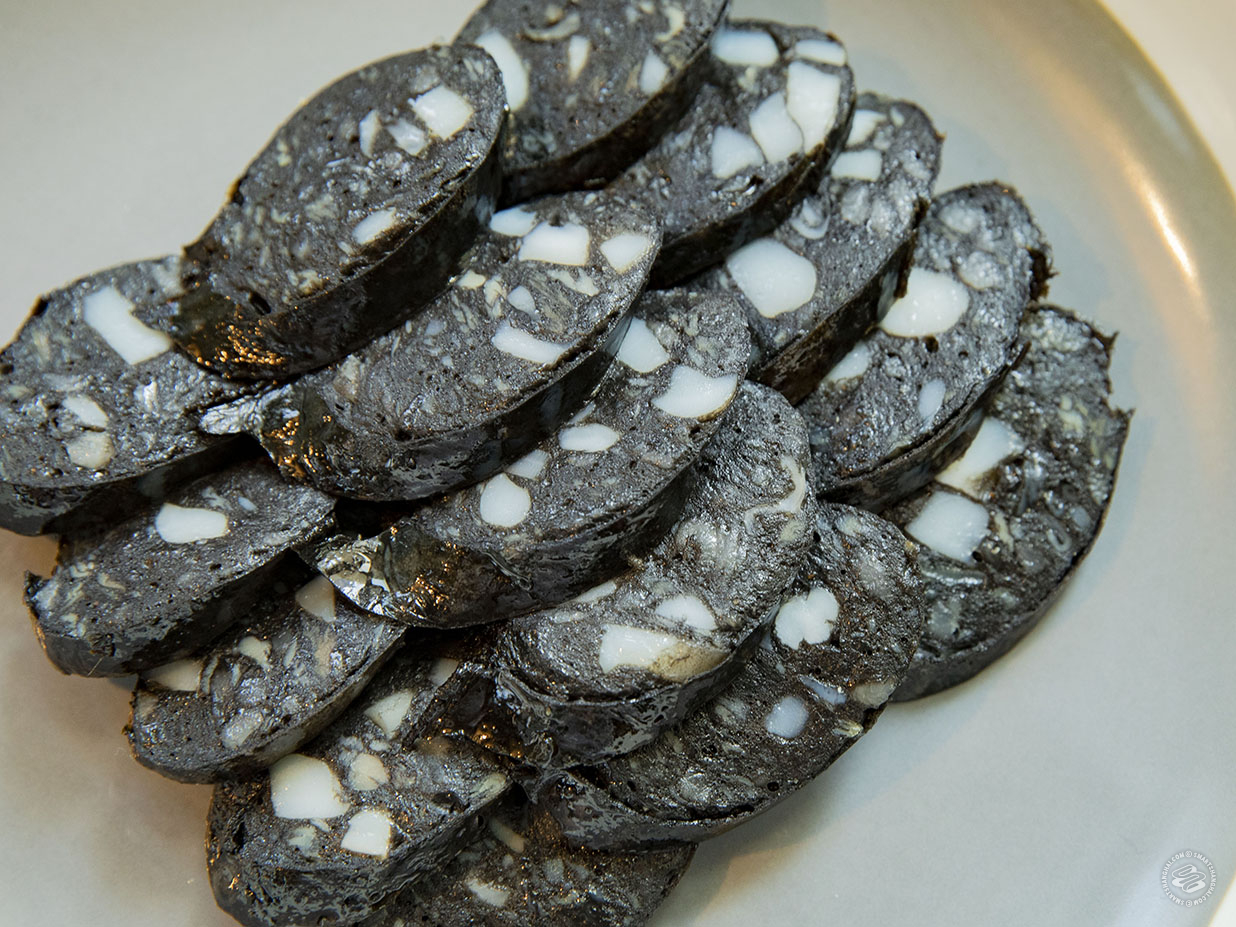 But Xin Rong Ji’s ten signature dishes are, including: honey sweet potatoes, baishuiyang tofu broth, braised sea creatures (shasuan, like an anemone) with sweet potato noodle, alongside various types of seafood, which you can pick from the “seafood market” at the door. How does it stack up to its big brother? Taste is identical, portions about the same, and prices cheaper. That’s a win. 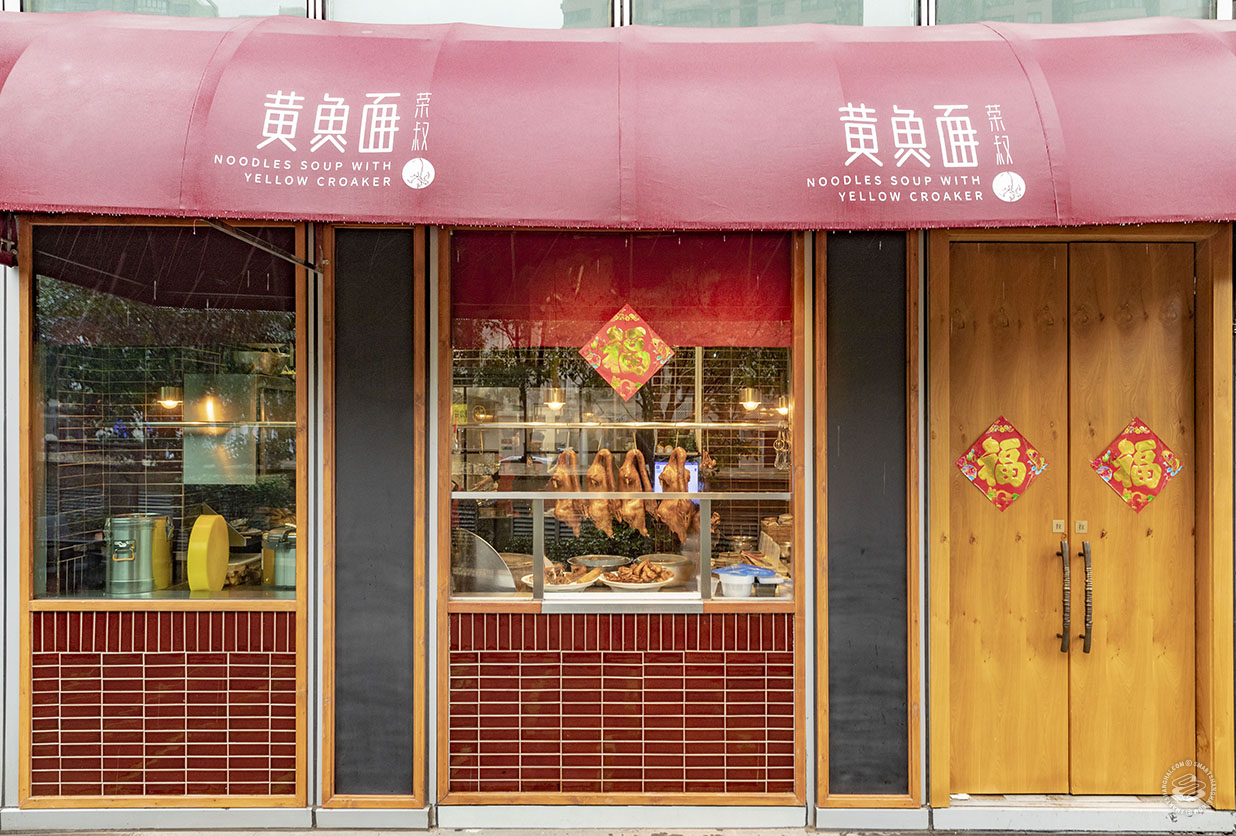 Uncle Rong’s is Xin Rong Ji’s specialty yellow croaker noodle shop. It is exclusive to Shanghai. The medium-sized eatery is right next to his big brother on Nanjing Xi Lu. It is busy even on a cold rainy workday, with customers lining up at the open kitchen. People on Dianping often refer to it as Xin Rong Ji’s “lower-end” restaurant, but is it really? A bowl of yellow croaker noodle costs 128rmb. And its limited version, which uses a better quality yellow croaker and has a richer broth, costs a staggering 368rmb. Eight kuai more expensive than Cejerdary’s luxury crab noodle. 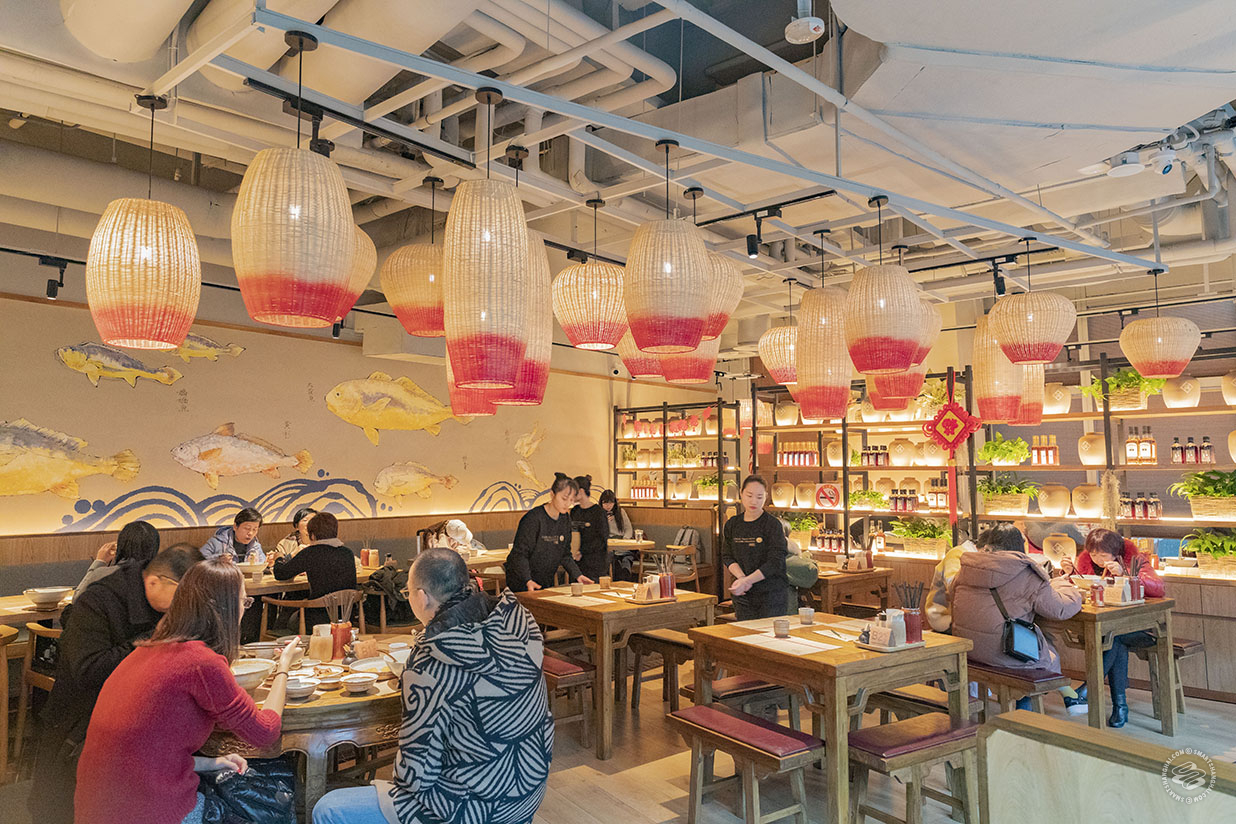 Yellow croaker is one of Shanghai’s favorites. So much so they have been overfished for decades and wild ones can sell for thousands of rmb. Uncle Rong claims to use only seasonal little yellow croakers. 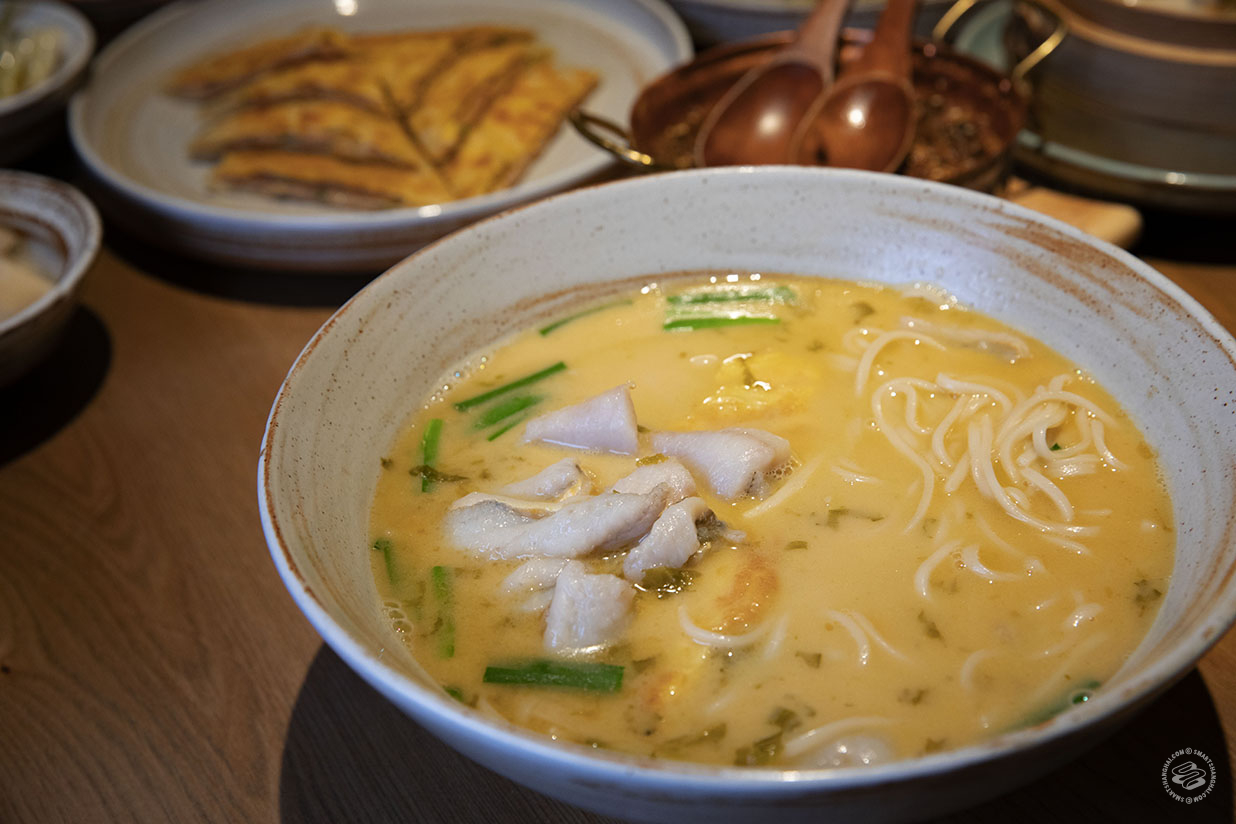 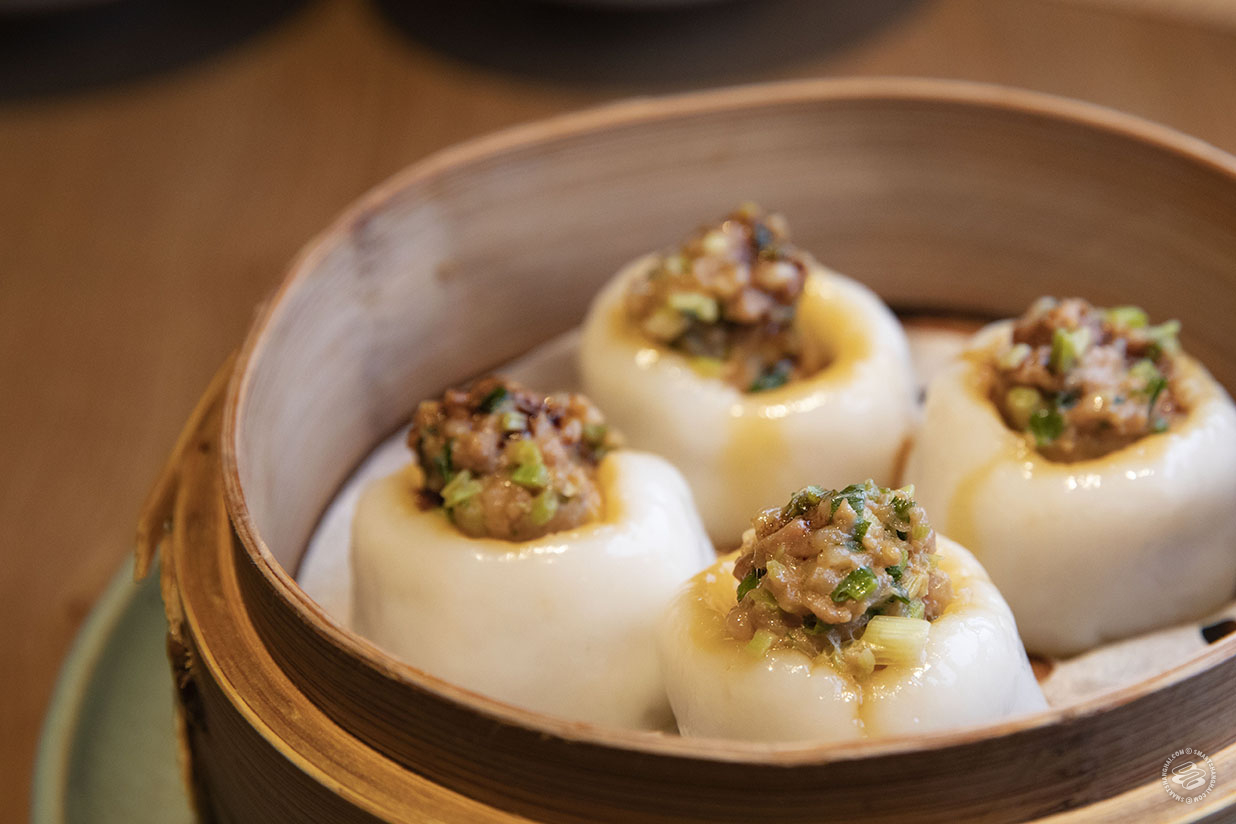 The soup includes chives, eggs, lard, xue cai, and no MSG. It’s on every table, and even the limited version sells out quickly. There are other noodles here (ginger seafood noodle, Taizhou beef noodles) but you don’t order the chicken at the steakhouse, right? Weirdly, Rongshu also sells Chaozhou “lion-head geese” on the side. And the consensus among patrons is: they have a hard time trying to steal the spotlight from Uncle Rong’s Taizhou food. 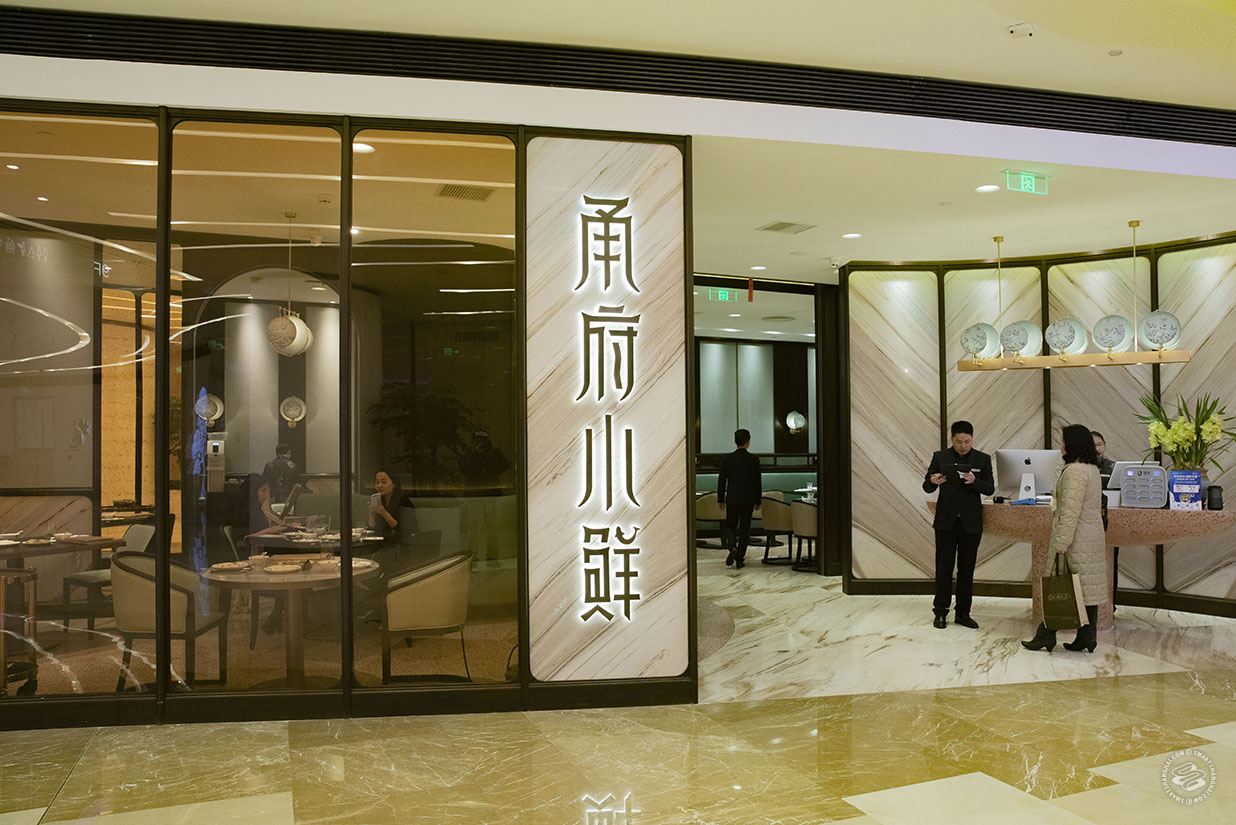 If Xin Rong Ji is the king of Taizhou food in Shanghai, then Yongfu is the king of Ningbo food in Shanghai. On the map, its origin is a bit closer to Shanghai, but the flavor is rather… strong. Ningbo food, a.k.a the “yong” cuisine (甬菜), is known to be very salty and sometimes stinky. It’s also heavy on lard. An acquired taste for some, it is in Shanghainese’s comfort zone. Eight years after Yongfu opened at the Jinjiang Hotel, they made a name for themselves through authenticity and Michelin cred. 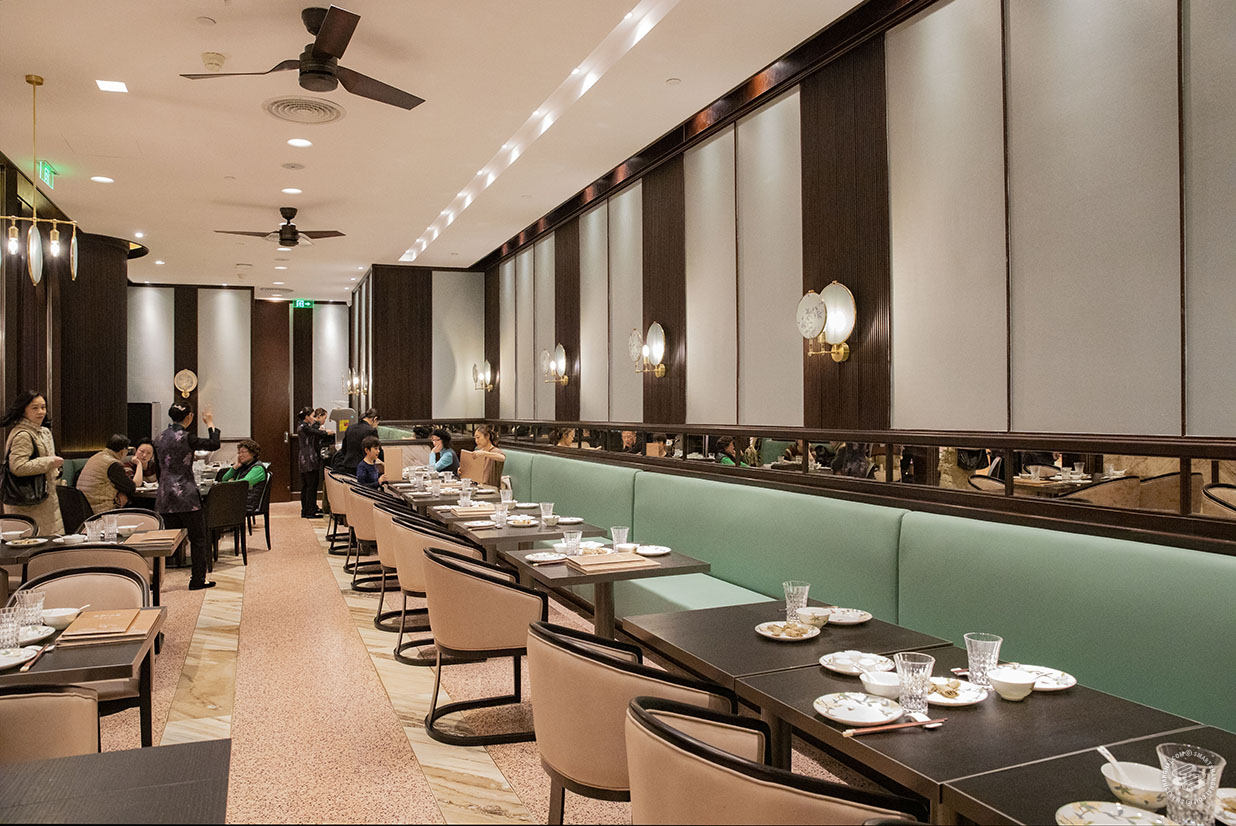 Yongfu Mini does the same Ningbo cuisine. Mall dining at its peak, the restaurant is competing with a few Michelin-tier restaurant branches at the L+ Mall near Lujiazui. 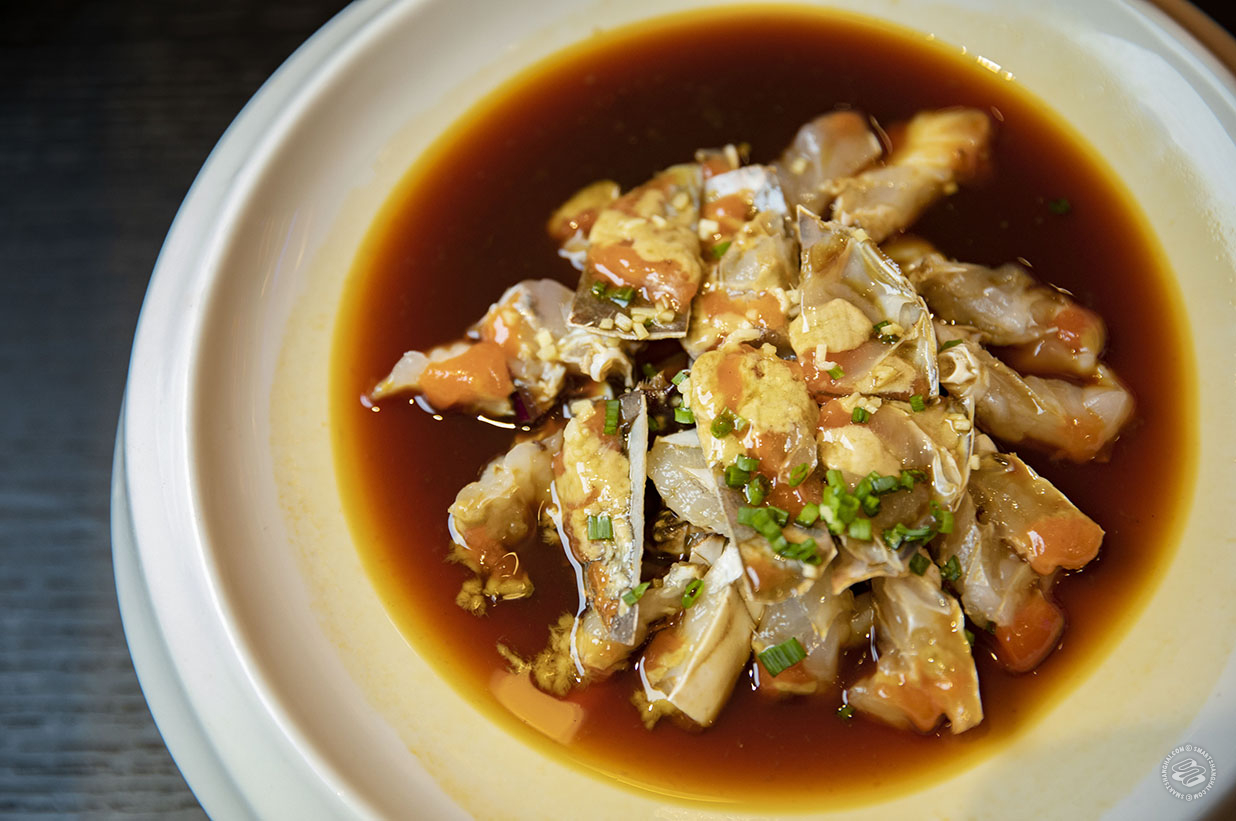 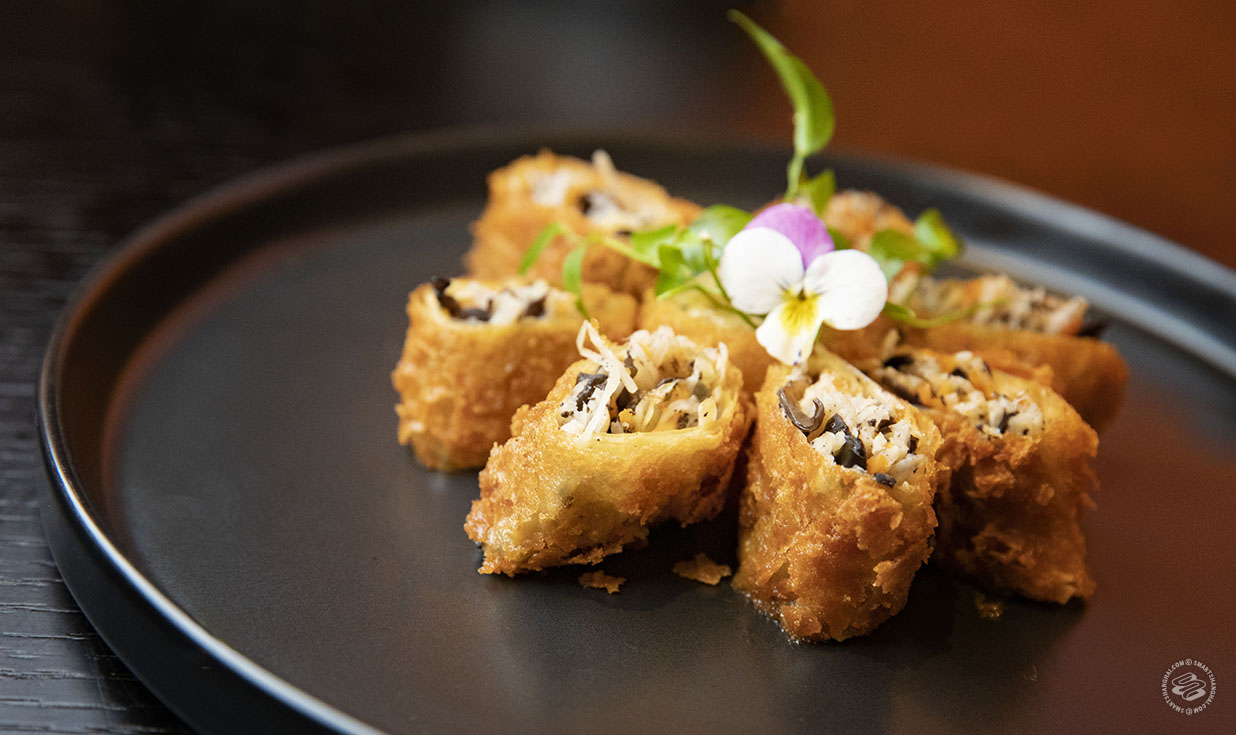 Many of the most beloved dishes from Yongfu are on the menu here, either cheaper or in a smaller portion or both. Yongfu’s iconic raw swimming crabs “shiba zhan”(十八斩) are sold for almost one-third of the price here, as is the “shepherd's purse wrapped in tofu skin”. Also on everyone’s table: Ningbo tangyuan, creamy lard and taro soup, fried swimming crab and rice cakes. Food is, to be honest, hit or miss.

A Taste of Da Dong 小大董 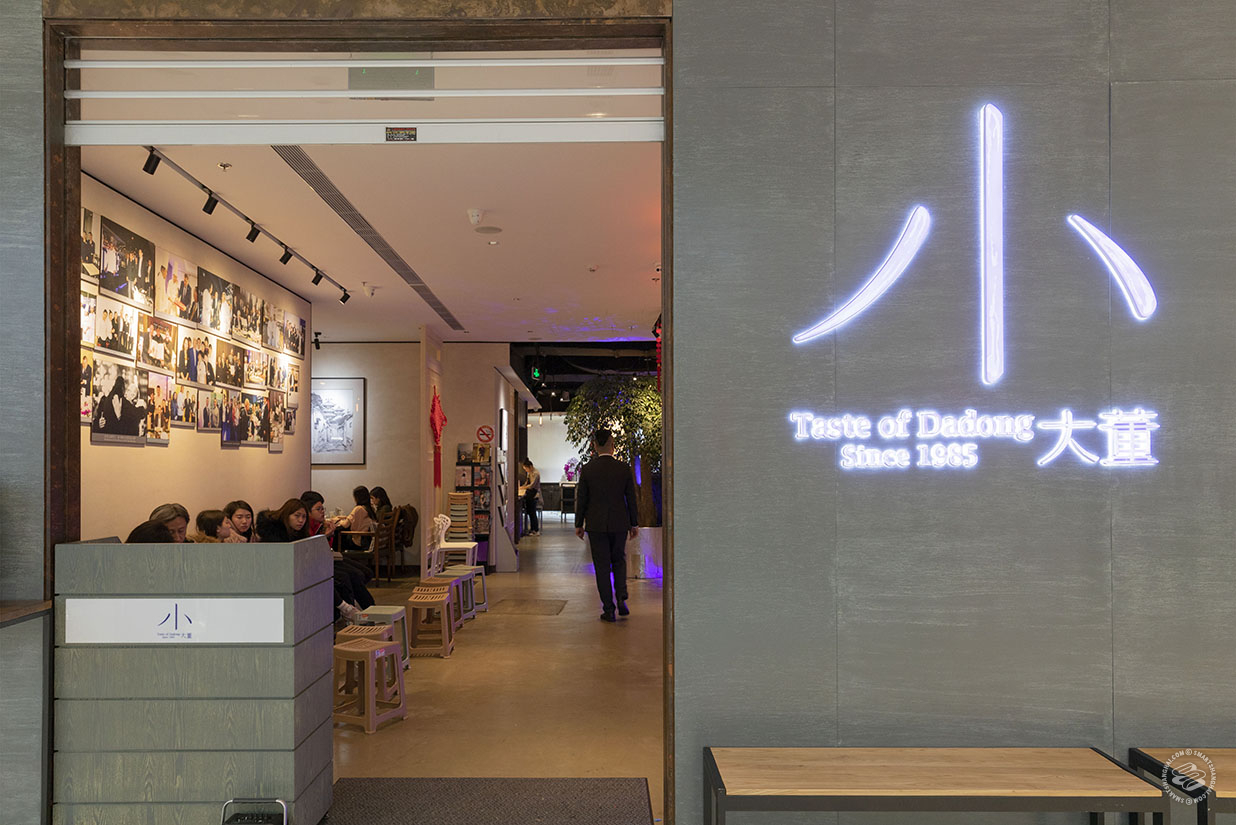 Hailing from Beijing, Da Dong is known for its roast duck (and has gone off the rails with a molecular menu in the last couple of years — a different story). A Taste of Da Dong is their version of home-cooking. First opened in Beijing in 2014, A Taste of Dadong came to Shanghai’s LuOne shopping mall in October 2018. Here, Dadong’s sugar-dipped roast duck, as well as a handful of premium seafood, can be ordered in smaller portions at slightly cheaper prices. For example, at the original Da Dong, a whole roast duck is 298rmb; here, you can order half of a duck for 119rmb. It’s pretty much the same as the original. 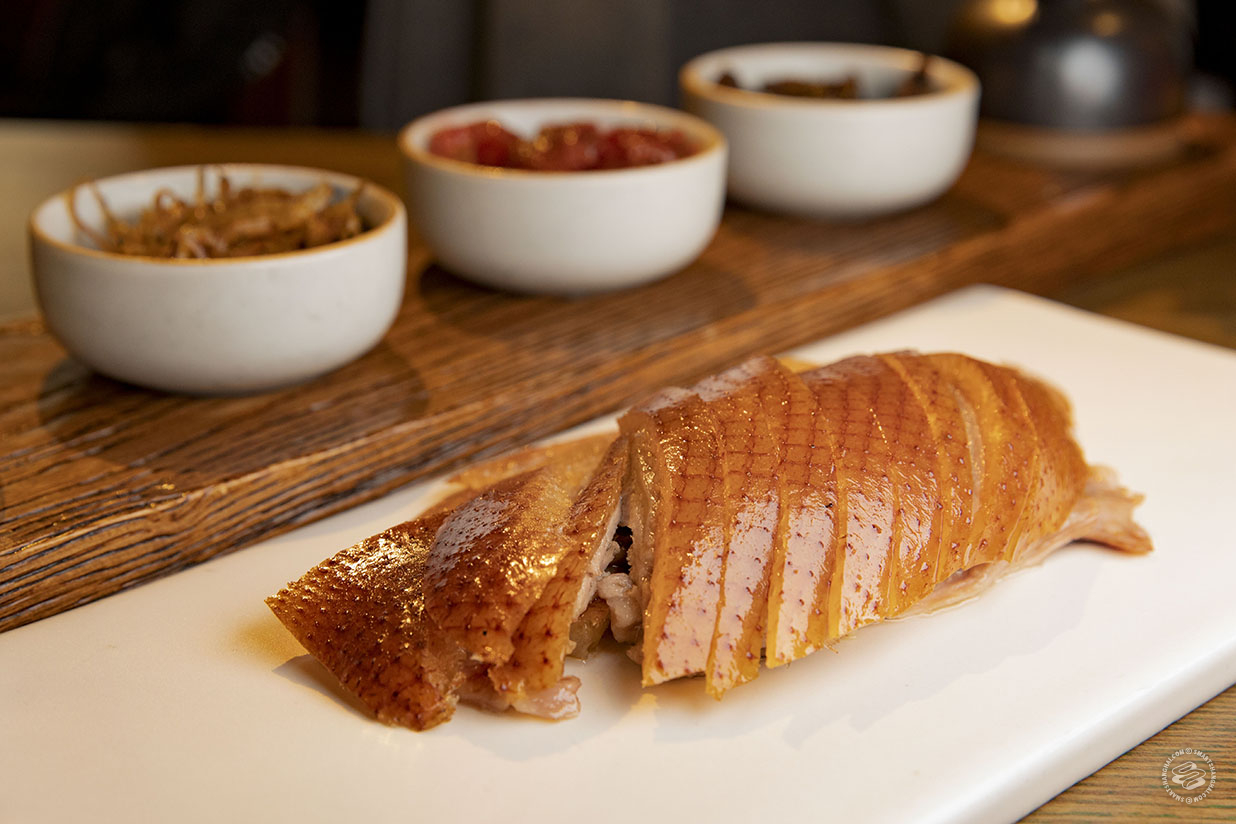 The menu has a focus on simple dishes. Quite a few Da Dong's other “classics” can be seen here, from hawthorn/ cherry foie gras to Beijing zhajiangmian. There are also more “creative” ones, only available at A Taste of Dadong like a spinach-colored liangpi with spicy sesame sauce. Fruity soda and even cheese-topped (naigai) drinks are on the menu. Clearly this is focused on the kids. 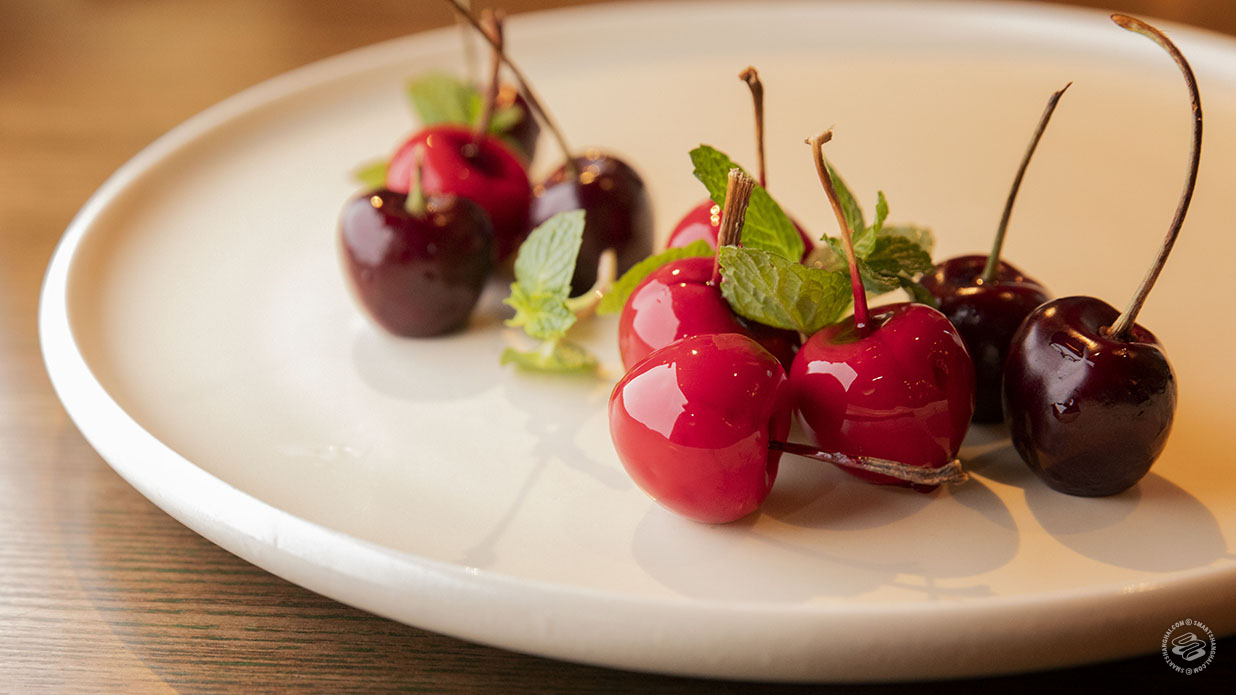 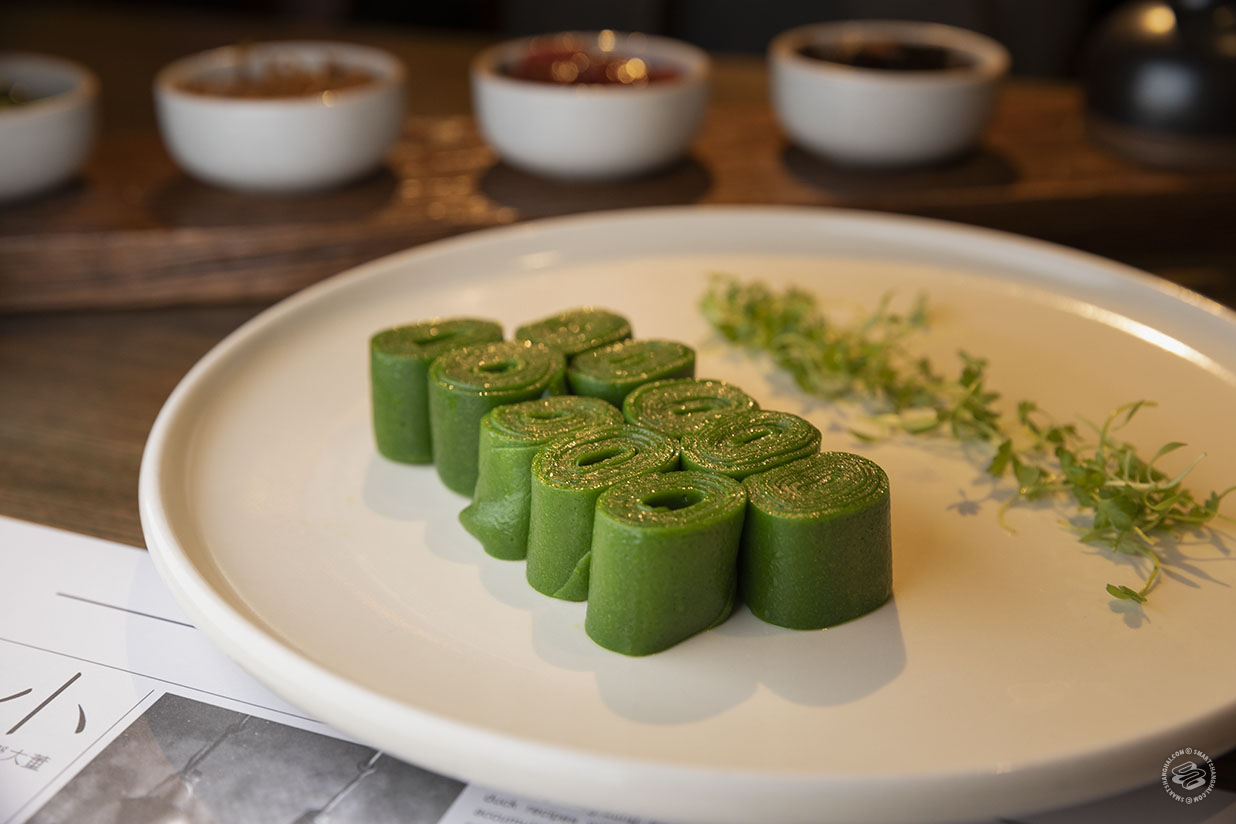 So how has Shanghai responded? Reservations have to be made two weeks in advance and the wait for walk-ins is usually more than an hour. Safe to say, they love it. 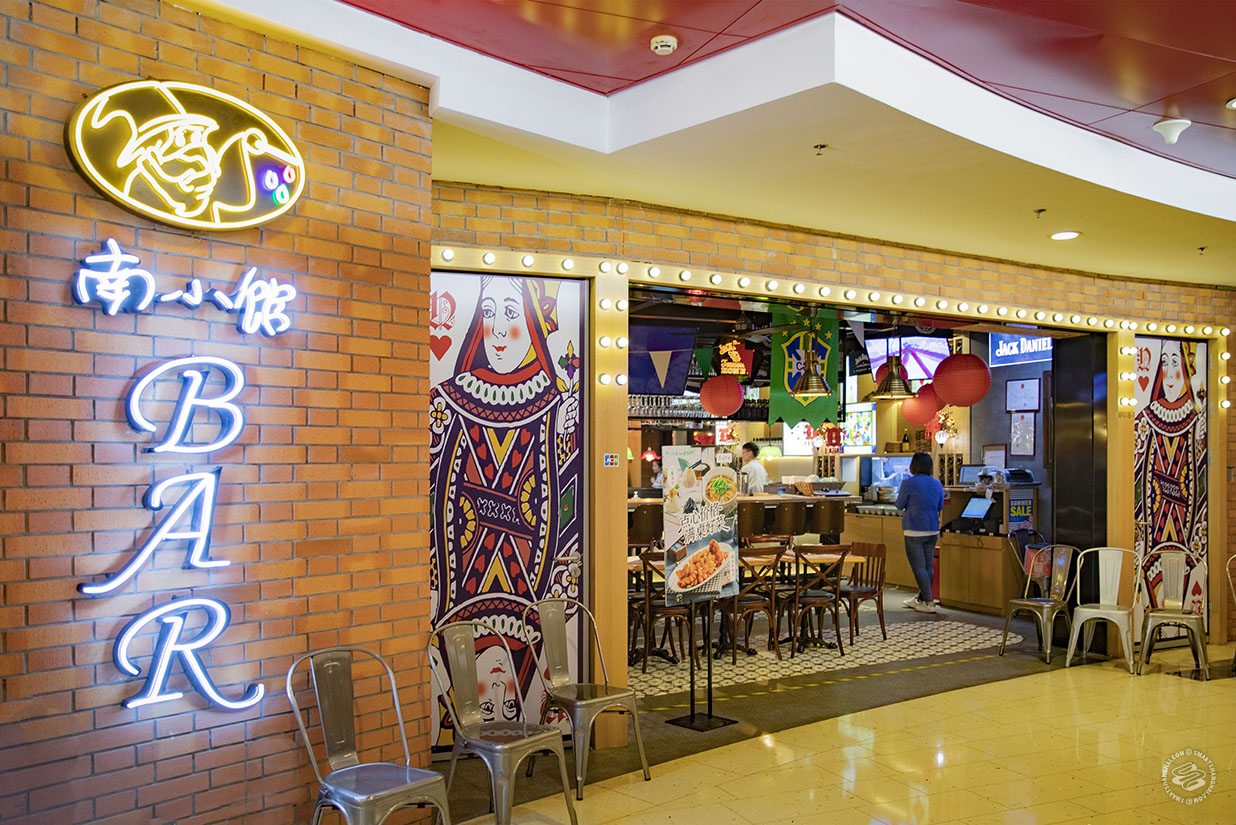 Xiao Nan Guo (Shanghai Min) is synonymous with Shanghainese food; there are more than 80 branches in Shanghai. It also owns Maison De L'hui and Wolfgang Puck, and brought Oreno and Japan’s Doutor Coffee to Shanghai. It launched this casual dining chain in Hong Kong in 2012, focusing on Shanghai-style snacks. It targets a much younger crowd and offers a more fast-paced dining experience than Xiao Nan Guo. It’s way more profitable. 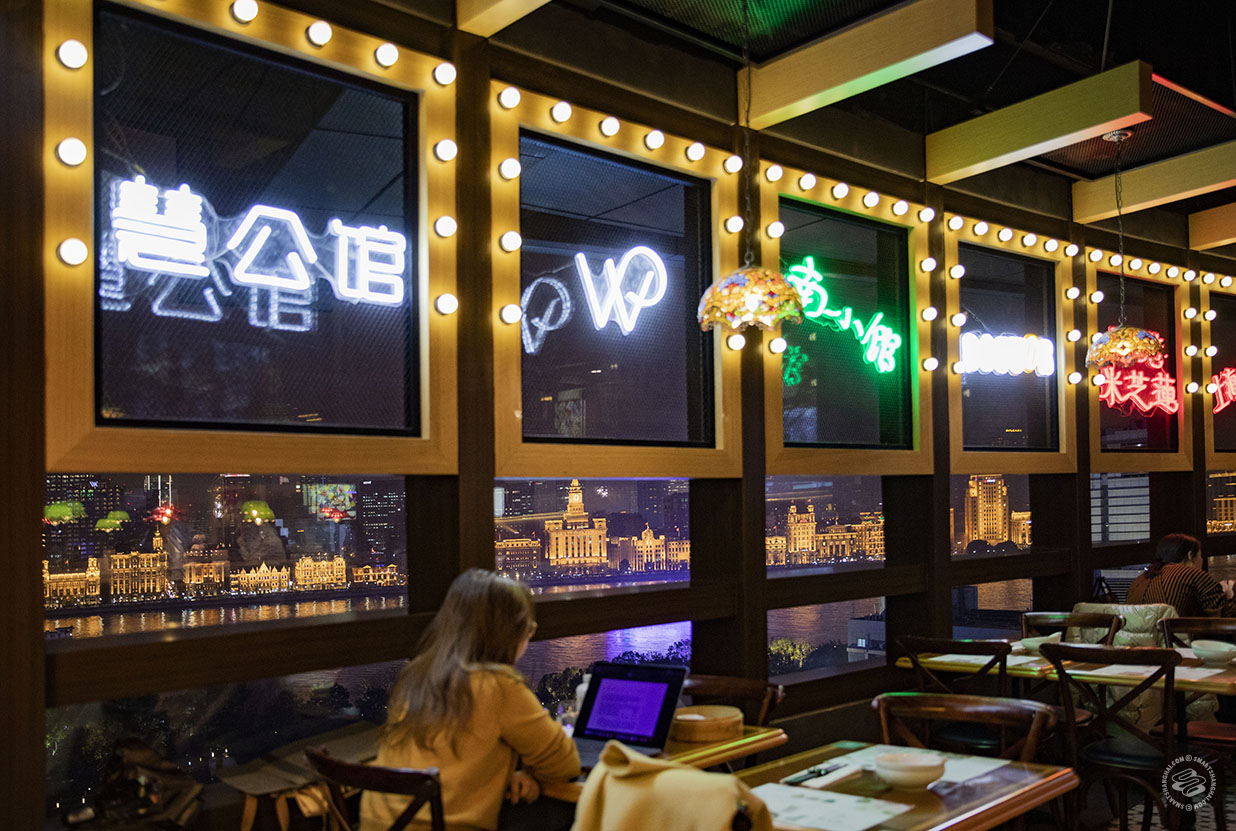 That’s surprising, given my experience there. It looks like a humble dim sum shop to rush through your meal, and oftentimes the Shanghai-style street snacks (shengjian, crab roe xiaolong, scallion pancake) leave something to be desired. 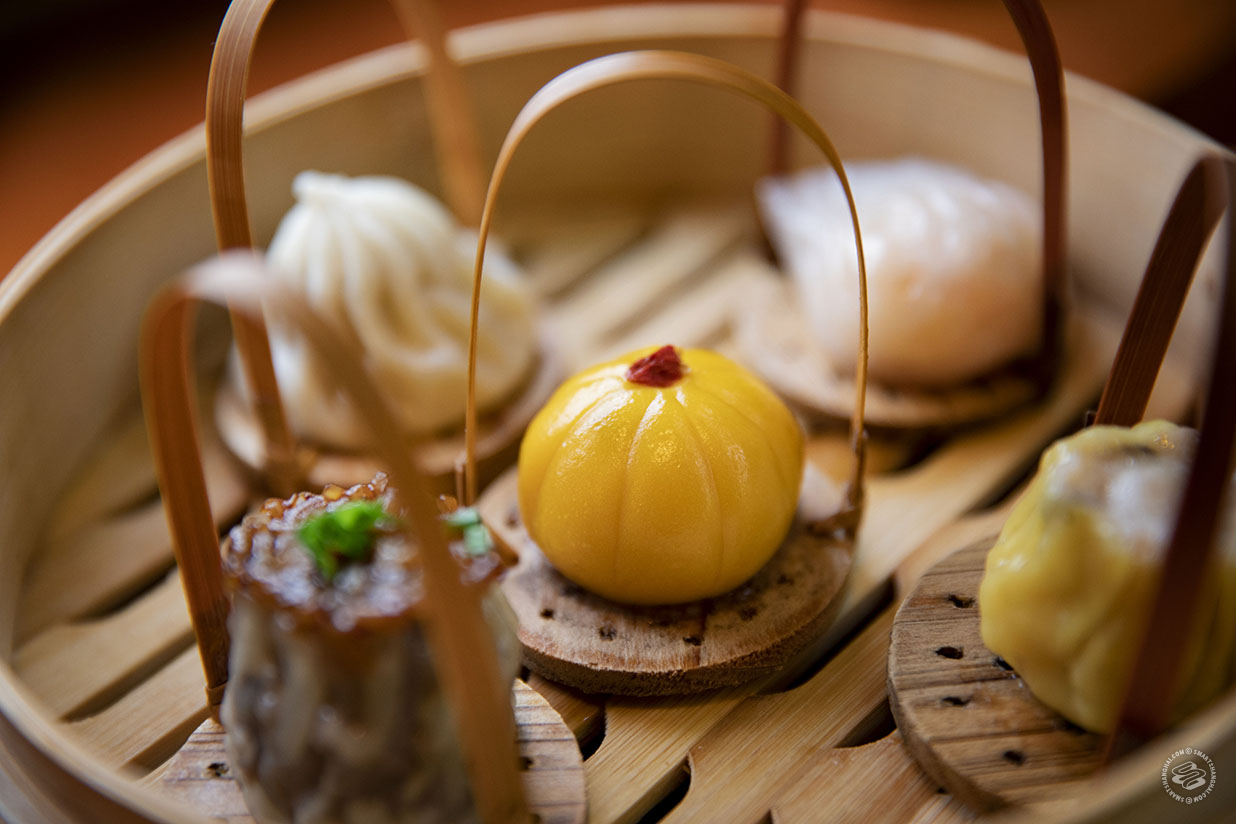 There is one recommendation here though, and that’s the store at the Super Brand mall. The vibe is old-school Shanghai, it’s not hard to get a table, there is cheap booze (like 35rmb for Jack Daniels or Jim Beam), and it has possibly the most affordable view of the Bund in Lujiazui, apart from standing outside for free. Does it live up to Xiao Nan Guo? Not really.