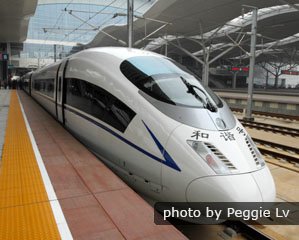 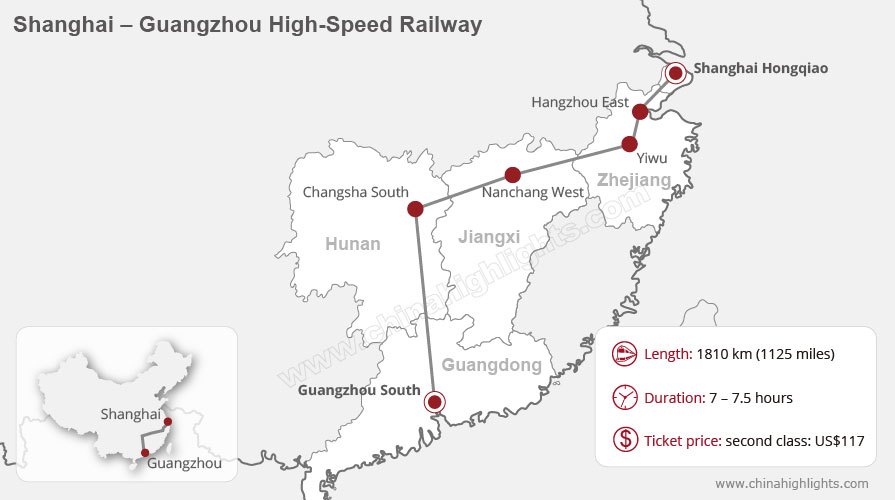 "+1" means the train arrives the next day. 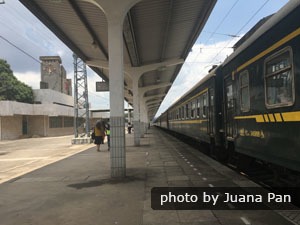 Overnight train from Shanghai to Guangzhou 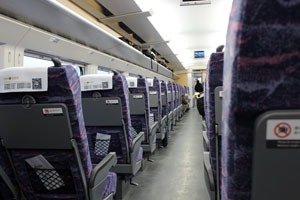 1. For a rail travel from Shanghai to Guangzhou, high-speed trains are much faster than normal-speed traisn with a travel time of 7 to 8.5 hours. But if don't prefer take such a long time sitting on your seat, or want to leave more time for sightseeing, normal-speed overnight trains are a better choice.

2. If take high-speed train between Shanghai and Guangzhou, train G85/G86 is recommended as they have the shortest travel time of around 6.5 hours, with the same ticket prices as other high-speed trains.

3. Normal-speed overnight trains are a good choice for travelers with limited budget, or who want to save a hotel's bill. Train Z99/Z100 is the best choice due to its shorest travel time and convenient departure/arrival time.

4. Different trains have different terminals in both cities, choose the train that departs from/arrives at the train stations which are close to your hotels would be more convenient.

1. Flying is the fastest way traveling between Shanghai and Guangzhou, flight time is only 2 and a half hours. The fastest high-speed train takes nearly 7 hours from Shanghai to Guangzhou.

2. It is recommended to take a flight when airline companies have good discount. Sometimes discounted air tickets are even cheaper than high-speed train ticket fares if you book early.

3. Overnight high-speed trains are also a very good choice of transportation between Shanghai and Guangzhou. They travel at night and arrive early in the morning, allowing you more daytime of sightseeing and can also save you a hotel's bill. Soft sleeper class is recommended if you take an overnight train.

4. Normal-speed trains are the cheapest way of tranportation between Shanghai and Guangzhou. But they are the slowest that takes more than 16 hours on the way. The advantage of taking a normal train is that the terminals are centrally located.