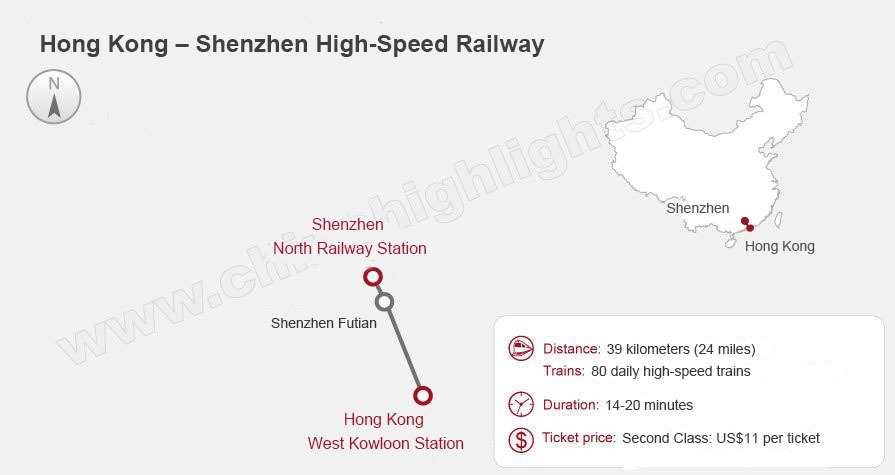 *Children's fares apply to children younger than 12 years of age and not taller than 1.2 m (3.9 feet). A child ticket fare is half of the full price. Read more about Children's Tickets.

When Do Reservations Open 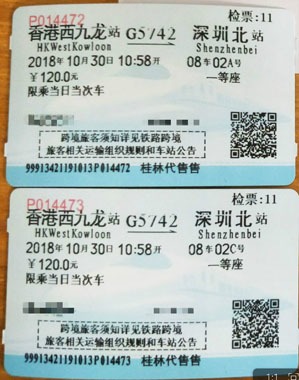 Booking tickets online in advance is recommended. China Highlights provides professional ticketing service and after-sale support. After booking, you can choose to collect your paper tickets at a train station or have them delivered to your hotel or address in China.

Read more about How to Buy Train Tickets in China. 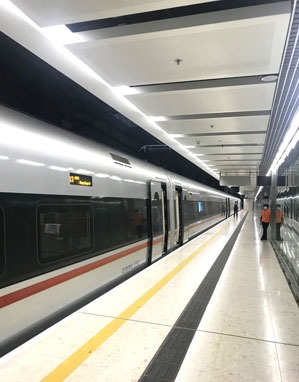 Please ensure that you complete the ‘Departure Card’ and the ‘Arrival Card’ before you go to the officer. If you fail to obtain and complete these cards, you would be sent back to collect and fill-in the forms, and queue again. Please be aware that queues can be long and this will cause some inconvenience with the possibility of you missing your train. All your luggage must also go through security checks and x-rayed. We advise that you arrive at the train station at least 2 hours before your departure time.

The West Kowloon Station was newly put into service on September 23th, 2018. It is the largest underground train station in the world. Located between MTR Austin Station and MTR Kowloon Station, this station has easy access to other parts of Hong Kong by bus, metro and taxi. 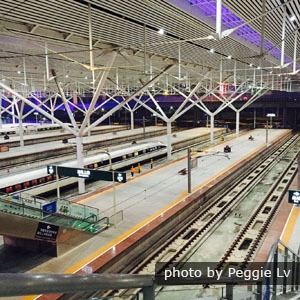 As one of the most important stations, as well as the largest and busiest transportation hub in the city, Shenzhen North Station is the terminus of Guangzhou–Shenzhen–Hong Kong Express Rail Link. It is located far from downtown of Shenzhen, yet enjoys convenient public transportation.

Other Ways of Traveling Between Shenzhen and Hong Kong

Before the Shenzhen–Hong Kong high-speed railway opened, the main means of transportation between Hong Kong and Shenzhen are subway, taxi and bus. Between these two cities, there are nine border ports. Luohu Port, Huanggang Port and Futian Port are the most well-known and busiest.

Shenzhen to Hong Kong By Subway

Beside Shenzhen-Hong high-speed train, subway is the most cost-effective and straightforward way of transportation. Among the nine border ports, Luohu Port and Futian Port are connected with Hong Kong MTR.

Shenzhen to Hong Kong by Bus 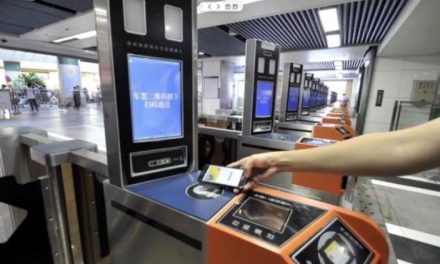