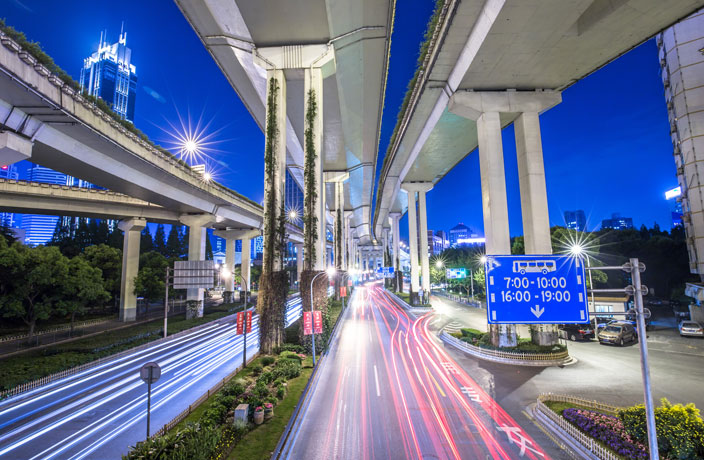 “I took off work last month,” says Lan, as he steers his cab along a winding Guangzhou road on a cool evening in March. Operating one of the thousands of city taxis, the middle-aged cabbie tells us that business is looking up for drivers as the COVID-19 outbreak is brought under control. “It’s been slowly improving,” he says, before adding that the number of cars on the road in Guangzhou has been increasing daily.

In February, roads were barren in many parts of China as businesses closed and people were encouraged to work remotely in an effort to limit the spread of the new coronavirus strain, which is responsible for causing the COVID-19 disease. The lack of activity throughout the country following the outbreak was a hindrance to those in the taxi and ride-sharing industries.

“I’ve gotten about half the orders I usually do,” one driver-partner for Didi Chuxing reveals in Shenzhen’s Luohu district during the first week of February. The driver tells us that many of his fares come from passengers heading to or from their place of employment and that the extended Spring Festival Holiday has resulted in less work.

The effect of the coronavirus outbreak on China’s taxis and ride-hailing platforms has been drastic. As the rate of infection climbed rapidly in the Middle Kingdom, Didi, the nation’s most widely-used ride-hailing app, choose to allocate additional resources to ensure passenger and driver safety.

In China, reports of taxi and Didi drivers being quarantined due to close contact with COVID-19 patients have been sparse. In early February, Didi announced an insurance program for any of their driver-partners hospitalized with COVID-19, although we haven’t been able to confirm how many of the company’s drivers have been infected.

Meanwhile, there have been reports in places like Ireland, Thailand and Taiwan island of taxi drivers catching the disease or being quarantined as a result of driving infected passengers. One cab driver in Thailand, named Thongsuk Thongrat, may have been infected while driving a Chinese tourist to the hospital. Given the frequent use of taxis and ride-sharing in many parts of the world today, the spread of the coronavirus could have been exacerbated by these modes of transportation in the early stages of the outbreak.

In a statement to That’s, Beijing-based Didi Chuxing maintains that “the safety and health of our passengers and driver-partners remain Didi’s top priority.” In light of the global health crisis, the company has taken unprecedented measures to curb the spread of COVID-19 and ensure everyone’s safety while using its services.

For example, Didi provided masks, disinfectants and protective gear to its driver-partners in 185 Chinese cities and required both drivers and passengers to wear masks. The company also installed protective sheet barriers between parties and called on drivers to roll down windows for ventilation. Additionally, Didi provided free rides for those medical workers and relief organizations battling the coronavirus in cities such as Wuhan, Beijing and Shanghai. 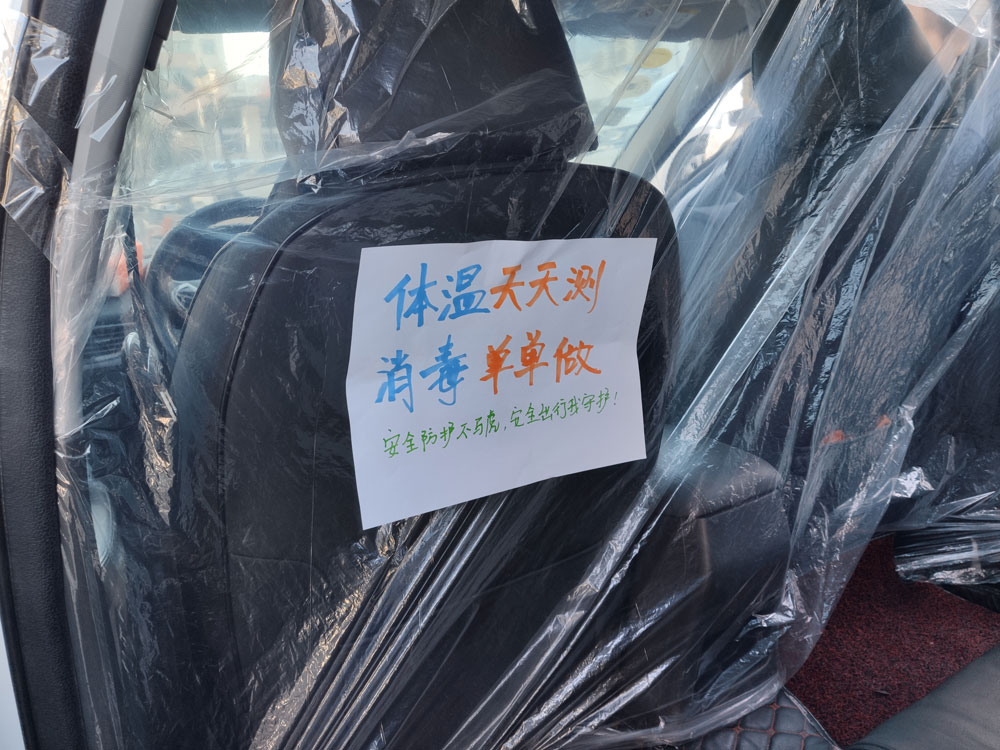 Throughout the coronavirus outbreak, Didi continued its services, which were ranked among the lowest infection risks, according to a report by health information app Dingxiang Doctor in February. But although taxis and ride-sharing pose less of a threat than public transit, passengers are still susceptible to the virus via these transportation modes, which brings up the question: How might mobility companies be better equipped for the next potential pandemic?

Since human-to-human transmission has been so prevalent in this latest health crisis, there is certainly a case to be made that autonomous driving could reduce the spread of a future outbreak. Although still far off from realizing a completely driver-less robo-taxi fleet in the PRC, companies like Pony.ai and WeRide are pushing the needle to make self-driving taxis a reality. “The outbreak of coronavirus unveils the enormous social value of self-driving technology,” a spokesperson from WeRide tells us, noting that driverless cars could carry both medical staff and infected patients without causing cross infection. “When the city has to be shut down like in Wuhan, self-driving vehicles could keep transportation systems functioning 24/7 to carry goods like food and medical materials.”

Guangzhou-headquartered WeRide launched its own robo-taxi service with safety drivers in the southern city’s Huangpu district at the end of 2019, and has accumulated more than 1,000,000 kilometers of road-testing mileage in China to date. After temporarily suspending services in February due to the outbreak, the company resumed its service on March 3 while taking many of the same precautions as Didi did for everyone’s safety. 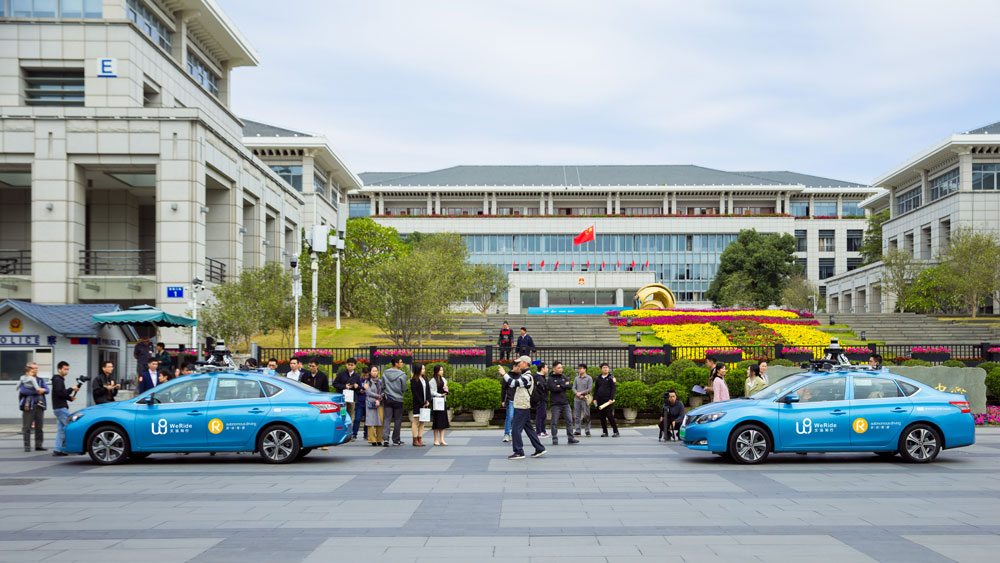 When we ask about an expected timeline for realizing a fully autonomous vehicle fleet in China, WeRide tells us, “Self-driving technology is something new. No government in the world has the experience in regulating this technology and its commercialization.” However, the Chinese government has shown a high level of support, including a new strategy to promote smart vehicle development recently announced by 11 ministries and commissions in China. “Due to the current health issue, regulators will better understand the value of self-driving technology. From a long-term perspective, it surely will encourage legislation to promote the technology,” WeRide adds.

Despite the long road ahead, mobility companies acknowledge the role that autonomous driving could play in reducing the spread of the next potential disease outbreak – but there’s no sense in rushing it. “While we believe autonomous driving technology will reduce direct contact between drivers and passengers and lower the possibility of spreading the coronavirus, the commercial application of the technology is a staged process and one that can’t be rushed,” according to Didi.

However, the impact that a technology like autonomous driving could have by the time another situation like this occurs shouldn’t be underestimated. As WeRide notes, “No one hopes another epidemic will happen again, but we all realize [if it does] then self-driving technology will play an important role.”

How do foreigners work legally in China? 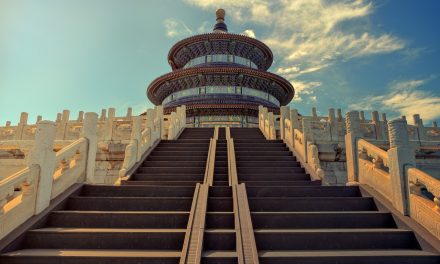 Here Are 34 Places You Need to Visit in Greater China

What Is the HSK Exam and Why You Should Take It