Xi'an – Chengdu trains are very popular and tickets are sold out very quickly, so it is advisable to book tickets on high-speed trains between Xi'an and Chengdu as early as possible. 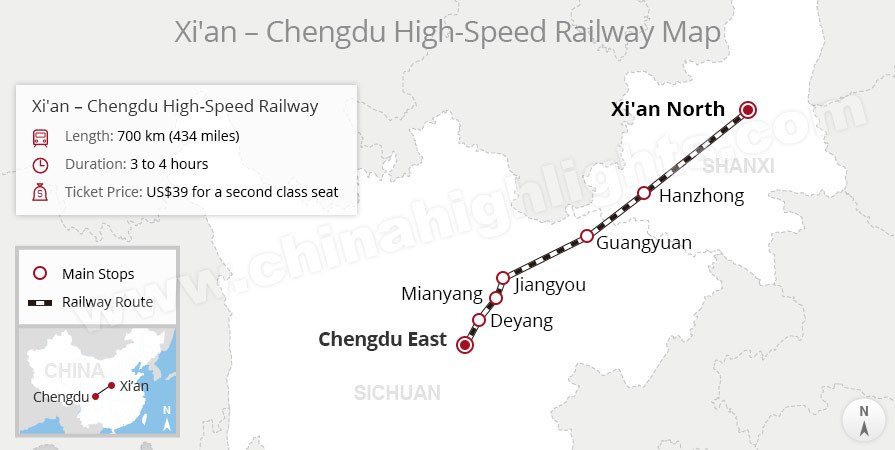 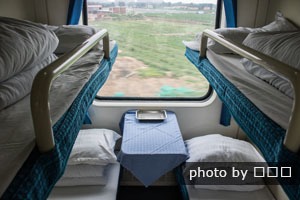 The train schedule in the table is only for your reference. If you want to check up-to-date train schedules for the Xi'an to Chengdu high-speed trains, please click here. 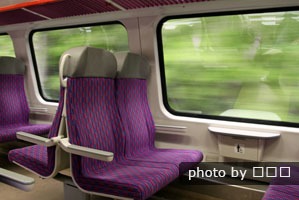 High-speed trains between Xi'an and Chengdu are very popular because of their punctuality, comfort, and stability. It is a fast and also convenient way to travel.

However, compared with normal-speed trains, bullet trains on this route terminate at high-speed train stations, which are a long way from the downtown area.

Non-bullet trains between Xi'an and Chengdu are cost-effective but time-consuming. However, if you travel on the train during the night, it would save you a hotel's bill and leave you more time during the day for sightseeing.

It is recommended that you take the overnight trains that depart from or arrive at the centrally located Xi'an Railway Station and Chengdu Railway Station. It is more convenient to reach main scenic sites from these two stations.

Overnight trains are also very popular, especially during the holidays, such as the Spring Festival, National Day, and the summer holiday. Tickets are sold out very quickly. It is advisable to book tickets for this route as early as possible. 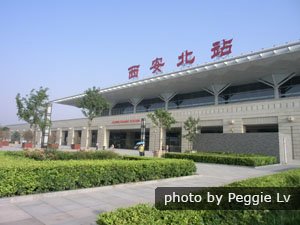 Xi'an Railway Station is located in the city center. It is the station with the longest history in Xi'an and the main train station for most of the ordinary trains in Xi'an.

The newly-built Xi'an South Railway Station is along way from the downtown area. It serves most of the high-speed trains that depart from/arrive in Xi'an.

Currently, there is no subway line to Xi'an South Railway Station. The most convenient way to get there is to take a taxi. 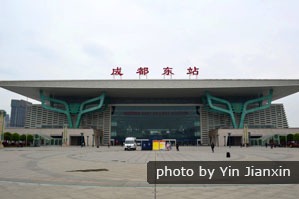 Chengdu Railway Station, also called Chengdu North Railway Station by local residents, is one of the main stations in Chengdu. It is in the north of the city, serving the Chengdu – Chongqing, Baoji – Chengdu, Chengdu – Kunming and Dazhou – Chengdu rail lines.

Chengdu East is also a main station in the city of Chengdu. It mainly serves high-speed trains on the Chengdu – Guiyang, Chengdu – Chongqing and Suining – Chengdu rail lines.

Xi'an to Chengdu, by Train or Plane?