Beijing to Xi’an by Train or Plane

Both domestic flights and high-speed trains travel frequently between Beijing and Xi'an, one of the most popular touristroutes in China. But which one is better?

Beijing to Xi'an by High-Speed Train vs Plane 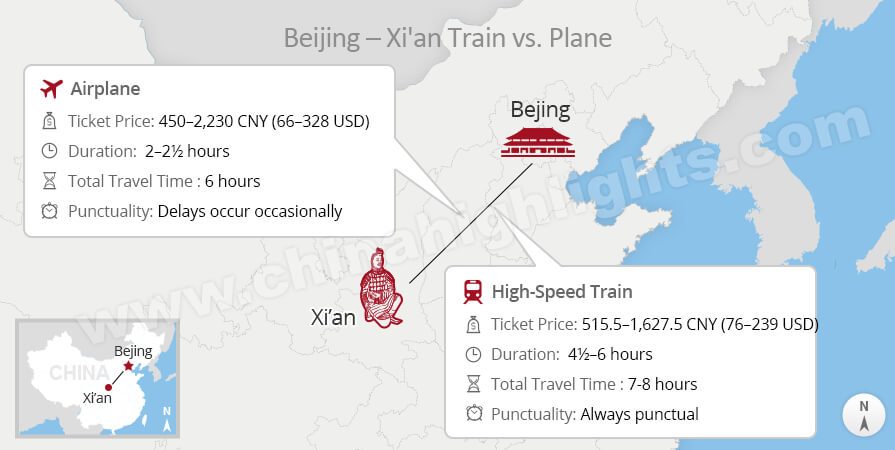 Price for bullet trains is fixed. Second class seat on Beijing to Xi'an high-speed trains is USD76 per ticket; first class is USD121 per ticket.

Air fare fluctuates according to the season and command. A flight ticket from Beijing to Xi'an is usually at USD66 to USD238.

From Beijing to Xi'an, during the off season (from January to March and Novermber to December, Spring Festival and New Year's Holiday excluded), or when airlines have major discount, air ticket can be cheaper than high-speed train ticket. During peak season like from April to September, high-speed train ticket is much cheaper.

The flight itself from Beijing to Xi'an will take 2.5 hours, plus an hour to 2 hours from the airport to the city center. Security check and check-in time at the airport take a longer time than at the train station.

To sum up, the flight from Beijing to Xi'an is much faster than the high-speed train. But the total travel time from door to door doesn't have much difference.

Which is Better if Travel with Children

If you are traveling from Beijing to Xi'an with children, or with families as a group, it is recommended to take a high-speed train instead of a flight, because of the following reasons: 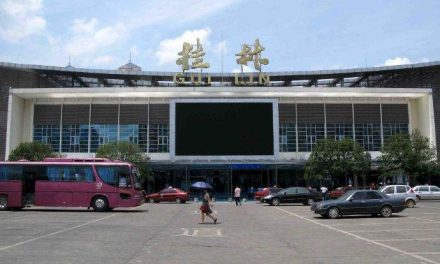